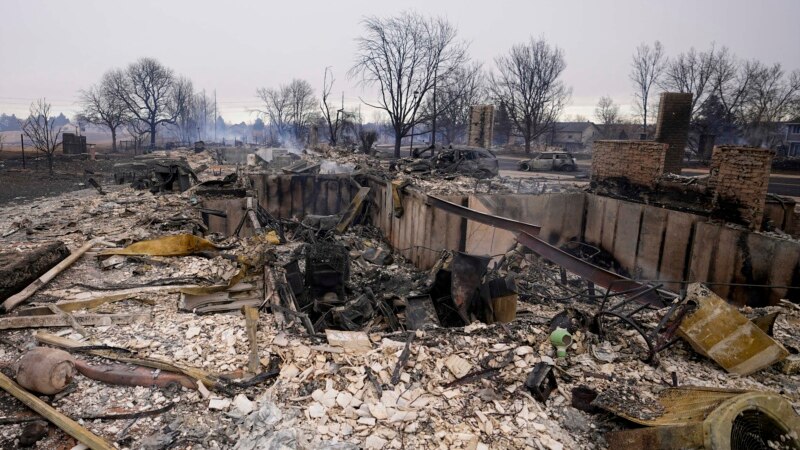 One day after wildfires rapidly ravaged two communities in Colorado, some residents began to put their hope in as wind and falling snow extinguished the fires. But they are still worried while waiting for information whether their house is safe or not in this unusual fire.

The bushfires forced the communities of Louisville, with a population of 21,000 and Superior, with 13,000, to flee on Thursday, December 30. A day later the fire was deemed no longer dangerous.

A fire in an area located about 32 miles northwest of Denver has burned 580 homes, a shopping center and a hotel.

Still partially closed on Friday, residents made their way back to the ruins of their homes to collect items that the red rooster had survived, such as clothing and medicine, which they put in backpacks or towed with suitcases and carts. Some residents only came to see if their house was still standing or if it had been burned down.

Boulder County Sheriff Joe Pelle said at least 7 people were reported injured in the fire. There have been no reports of casualties or missing. “If we look at the devastating impact that the fires have had, it’s quite remarkable. There is no list of 100 missing people,” he said.

Police also said they had spoken with President Joe Biden, who agreed to declare the fire catastrophic in order to distribute financial aid. [em/ah]

Luis Milla Prays for Indonesia to Win Over Curacao