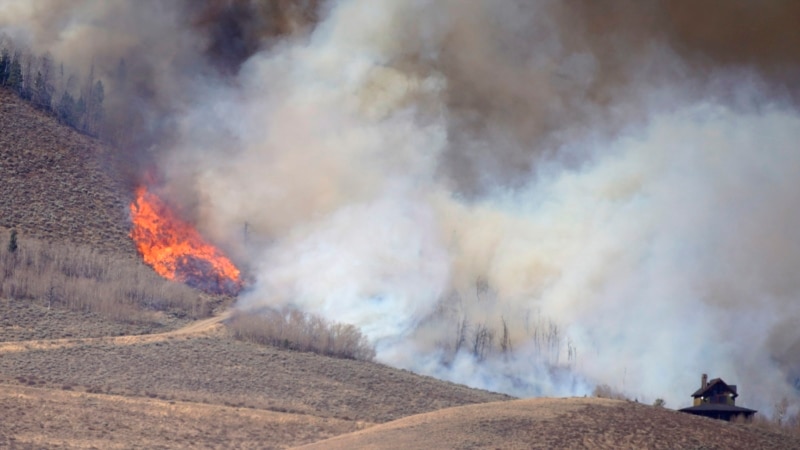 Video footage circulating on social media shows panicked people trying to get out of a fast food restaurant Thursday after a wind-triggered wildfire broke out in the state of Colorado. The fire reportedly started between Denver and Boulder, minutes before 10:30 a.m. local time.

At a fast food restaurant in the City of Superior, located between Denver and Boulder, several families rushed out of the restaurant after seeing a huge cloud of smoke heading toward the building just after noon. Video footage posted on social media shows diners rushing to the restaurant’s door and struggling to open it. Some can be heard saying the strong wind made the door difficult to open.

An estimated 580 houses, a hotel and a shopping center caught fire. Tens of thousands of people were evacuated after the fires started, officials said Thursday. At least one emergency responder and six others were injured. Boulder County Sheriff Joe Pelle said there could be more people injured and possibly dead given the intensity of the fires, which quickly swept across the area with winds of up to 169 kilometers per hour.

Evacuations have been ordered for Louisville, a city of about 21,000, and Superior, with 13,000 residents. Other towns about 32 kilometers northwest of Denver are residential areas of middle- and upper-middle class residents surrounded by shopping malls, parks and schools. [ka/ab]

Bjorka Speeds Up the Ratification of the PDP Bill?

Hajj Pilgrims Violate the Prohibition of Ihram, What Are the Consequences? | Ihram