News : Cool! This is the First Woman to Get a Challengers Rank in Indonesia! | GameBox

Cool! This is the First Woman to Get a Challengers Rank in Indonesia! 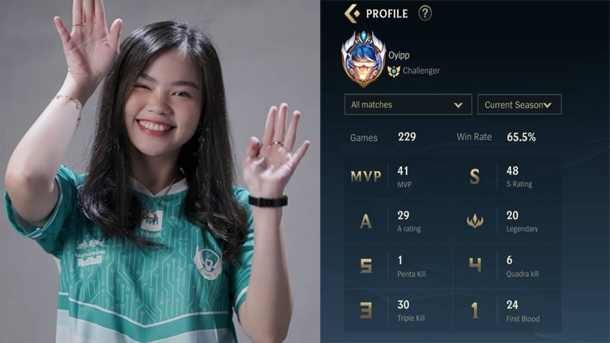 League of Legends: Wild Rift is a game developed by Riot Games and has only been released in the World for 1 year. However, this game has captured the hearts of many players, both men and women. The proof is from the many players in League of Legends: Wild Rift, there are a lot of female players out there and even have very high mechanics. In Indonesia, there is one female professional player who finally achieved the highest rank in the Wild Rift, namely Liv. Liv herself is a player from Belletron ICY.

With this achievement, Liv herself is currently one of the best female League of Legends: Wild Rift players in Indonesia. Belletron ICY itself will also represent Indonesia at the SEA EC 2021 event.

Mahfud MD: Enembe’s Corruption Case is Not a Political Engineering