The moment of the turn of the year is the right time to reflect on what happened last season and make resolutions for the future.

Ducati closed 2021 with a big smile. They dominate in MotoGP, both factory teams and satellite teams. Although, the drivers’ championship title that Francesco Bagnaia was unable to reach made the achievement feel incomplete.

However, Dall’Igna didn’t really think about it. Most importantly for the Italian man, the drivers and mechanics carry out their duties according to the scenario.

Desmosedici GP’s rapid development and changes line-up the start of the season is the key to their success.

“I am very happy with the work the technicians did during the winter because we improved from an engine point of view, even though the engine was frozen. However, we were able to find some areas of development that didn’t violate the rules,” he told MotoGP.com.

“Even from a chassis point of view, we did well. Results crash prove that the motor does not turn the way we want.

“We have to develop again and again, not only the chassis point of view but also the engine if possible.”

“After so many years we had the same rider at Ducati, this year we changed our rider. We started working with the young drivers,” he said.

“This is very important because young drivers usually give a lot to old men like me (laughs, ed.). Spirits are different, so they pushed me a lot better.”

Ride Height Device is an advantage that Ducati has. Initially, the racers had difficulty implementing the device.

“Obviously that’s an advantage, otherwise our drivers wouldn’t use this system. There are tracks where the device is very important, there are not important,” Dall’Igna continued.

“The only problem is that the rules are tougher in that area, so we can’t use mechanical systems in those areas, not electronics. In the beginning, it wasn’t easy to find a way to do that.”

Current condition start very important in carrying out the strategy and determine the course of the race.

“Start sometimes the key to the race. He starts from the front it’s easier to make a good strategy for race. We are working hard to find a way for drivers to be able to start good, “he said.

“We started with a simple idea two years ago and every 6 months, we will introduce something new to improve our system.

“We were able to catch up with the pace in Qatar. I firmly believe that speed is a very important tool for racing strategy because it is more difficult to overtake on straights than corners.” 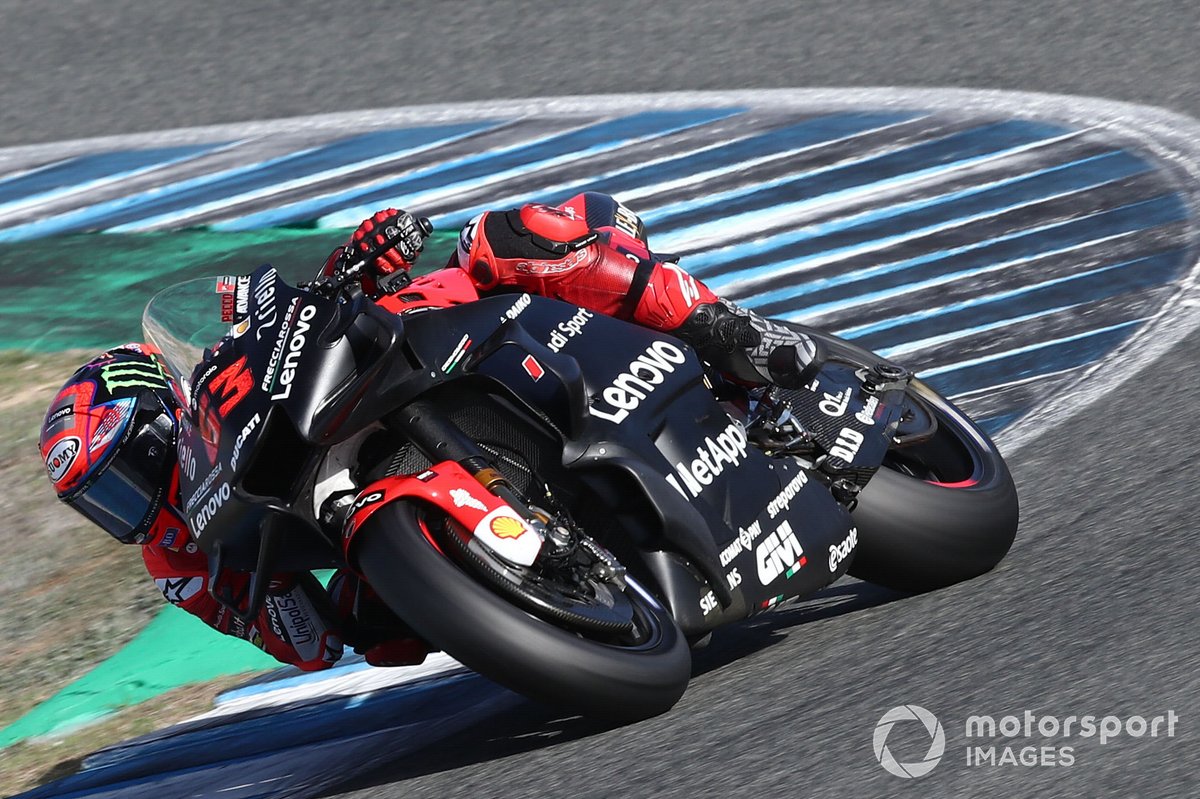 Francesco Bagnaia stands out among the Desmosedici GP riders. Dall’Igna still sees the shortcomings of student Valentino Rossi and has suggestions for him.

“It is clear that Pecco races in a different style than the Ducati riders. He is really special because he uses the front tire 100 percent.

“We have a different style of racing. He has to work not in one direction only. A good bike should give the riders the possibility to use the bike the way they want. I think our bike can do this now,” he said.

The 55-year-old stressed that now is the time to focus more on the 2022 season.

“We are thinking about the future, working on the 2022 project. We are working at the headquarters of the Borgo Panigale. I can’t say what could be seen in 2022, but it’s definitely very important to evolve, think differently.

“It’s very important to create something new because I think this is the best we can do in our lives,” Dall’Igna stressed.