Wheelie or lifting the front wheel of the motorcycle has become popular to release the emotions of the racers after a session or race in the last few decades.

But recently stoppie or lifting the rear wheel and resting only on the front so it’s very fashionable. World Superbike (WSBK) world champion Toprak Razgatlioglu and rider MotoGP Jack Miller is a pioneer in this field.

But what exactly happened during the technique stoppie? The famous Italian brake manufacturer, Brembo, tries to explain in detail.

“In stoppie, the front tires stay firmly on the ground while the rear ones lift upwards. High speed is not needed for this action, it will even be more detrimental to the success of the action,” said Brembo.

“If you look at the whole racer’s action it’s clear that you can do tricks stoppie only at speeds between 40-60 km/h.” 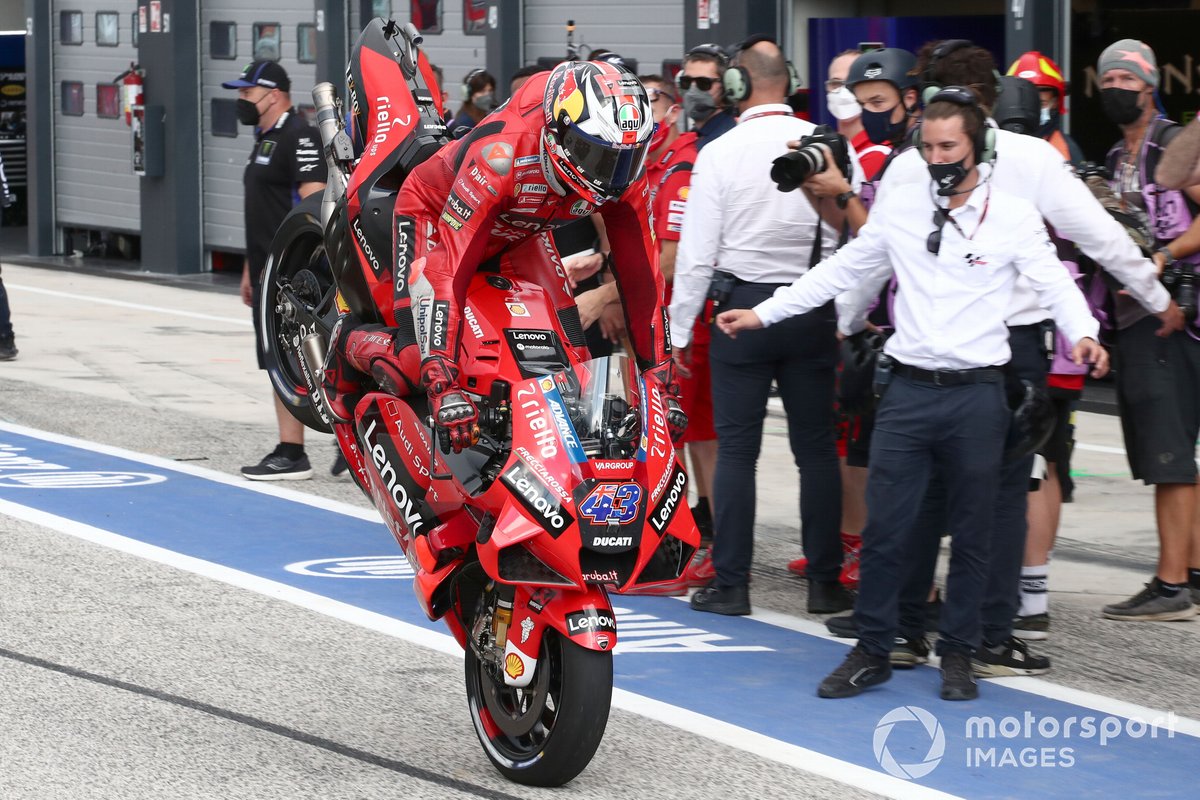 Long stoppie what Toprak Razgatlioglu showed in the race weekend was impressive. Brembo also dissects how rider Pata Yamaha did it.

“Normally, the maneuver for him is to enter pit lane at 80 km/h in second gear and then pressing the front brake at 12 to 14 bar. As soon as the rear tire lifts, Razgatlioglu reduces the pressure to only 2 to 3 bars to maintain balance, “explained Brembo.

“Posture is also very important, starting from the elbows that must be kept loose, to the knees that must be tightened, such as wanting to hug the tank. It would be a mistake to bring the upper body forward in an unnatural position because the center of gravity of the rider and the bike will be unbalanced.

“After a few fractions of a second, the pressure on the front brake has to be gradually reduced to avoid the bike overturning. The rear wheel (tyre) stays in the air during this phase.”

When the racer tries to lift the rear wheel, a force of 6.5 to 7.2 kg must be applied to the brake lever through the spokes. That’s more than when braking hard after going on a straight track, as happened at the Losail International Circuit, Qatar.

For the braking system, however, stoppie not a big burden because the speed is low. “The temperature of the pads and brake fluid are kept within limits, so the braking system does not experience thermal stress,” adds Brembo.

“However, this action was not welcomed by many team managers. Not because of the risk of damaging mechanical components – although some are concerned about oil in the engine, for example – but rather because of the risk of a fall that could result in injury, damage to bicycle parts or a bad impression on camera.”

F1: Fernando Alonso is horrified by the speed of MotoGP riders

Before the PDP Law was legal, the government ever sanctioned corporations for leaking data?