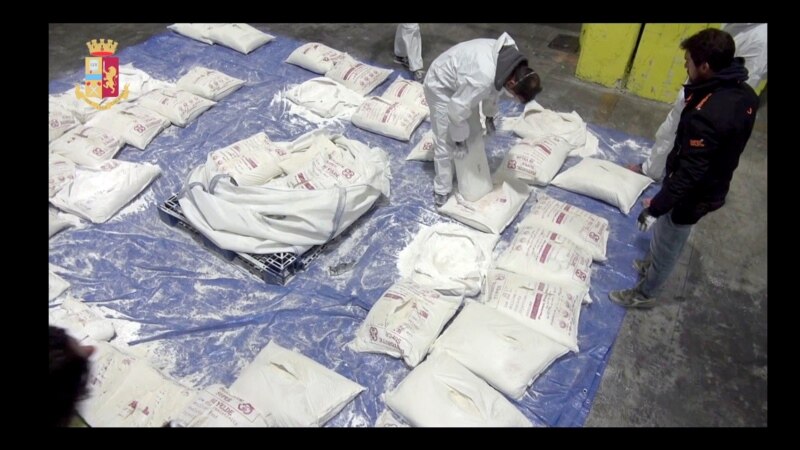 The United States Navy seized 385 kilograms of heroin worth about $4 million in the Arabian Sea in a major international raid operation in the region, officials said Thursday.

The USS Tempest and USS Typhoon seized the drugs hidden in a fishing vessel sailing in Middle Eastern waters, the international task force said in a statement. The seizure took place on Monday.

The US Navy said the fishing vessel was likely from Iran. The nine crew members identified themselves as Iranian nationals, according to Commander Timothy Hawkins, a spokesman for the US Navy’s 5th Fleet based in the Middle East. He did not explain who produced the drugs or their ultimate goal.

The US Navy statement also revealed that an international task force had seized more than $193 million worth of illegal drugs in operations at sea this year — more than the total number of drugs seized in the previous four years.

According to a UN report on synthetic drugs world last year, heroin is trafficked to the Middle East and Europe via land routes from Iran and Afghanistan via the Balkan Peninsula, the South Caucasus mountains or Saudi Arabia. According to the report, smugglers from Iran are increasingly using sea routes to bring heroin to South Asia. Many sailors from Iran and Pakistan have been arrested in action near Sri Lanka.

Iran’s unguarded eastern border of 1,923 kilometers with Afghanistan, the world’s largest opium producer, has turned the country into a major transit point for the illegal drug trade. [ab/ka]

After the Photos were Displayed, the Vandalism Perpetrators in Babakan Siliwangi Arrested |nitoba.com

Survey: Only 1 in 10 Indonesian Women Want to Check Mental Health

News : Nimo TV Game Closes, Donkey: Good For Players, If Salaries Are Not Big, They Focus On Esports! | GameBox