0
SHARES
0
VIEWS
Share on FacebookShare on Twitter
Towards 30 years in the near future, the Mortal Kombat game series is one of the series that has a big influence on the game world and even pop culture around the world. The explicit content that turns gore and sadistic that the series has did not stop the reputation of the game which made its debut as an arcade game in 1993 by Ed Boon and John Tobias.

A team of developers called Eyeballistic created Campaign petition to realize the Remake of Mortal Kombat Trilogy using Unreal Engine 5. Eyeballistic itself contains fans of the Mortal Kombat series and has become one of the most convincing developer groups in the game industry, and has signed game projects for PS5, Xbox Series X|S, and Nintendo Switch. 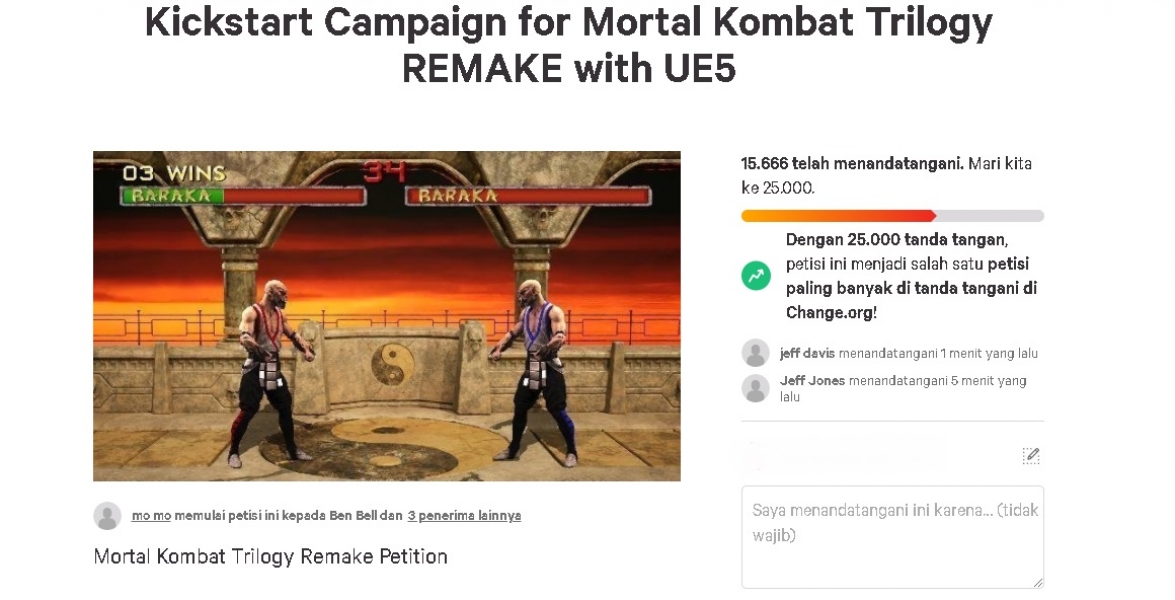 Previously in 2016, Eyeballistic had submitted a request to Warner Bros. to make a remake of the game, but was rejected because it was not sure if the remake would sell more than 100,000 units. Even so, Ed Boon as the creator of the Mortal Kombat series actually really supports the remake project.

The petition has been signed 15,666 times, and will continue to grow indefinitely. If the project is accepted, we can be sure that we will experience the classic Mortal Kombat game with updated graphics on modern consoles.