For most rider The current generation of MotoGP, Valentino Rossi, Jorge Lorenzo or Casey Stoner are clearly great role models. However, on the other hand, Pol Espargaro called Alex Barros his idol and adoration.

“I don’t remember very well when I was a kid. But I remember watching all the MotoGP races with my dad and brother when we weren’t training. One of the memories is when Alex (Barros) rode a yellow motorbike for the Sito Pons team,” said Pol Espargaro.

“Back then he was quite fast and was fighting for the win regularly, but he fell a lot, really a lot. Just like me, every time I fell, my father and my brother would say, ‘Look, he fell again’,” added the 2013 Moto2 world champion.

Alex Barris is also a source of inspiration in terms of starting numbers. While still active, the Brazilian used #4. While Espargaro chose the number #44.

“I tried to build my own identity around the number #4. That’s the number (Barros). I remember wanting to use the number, but it’s no longer available. That’s why I decided to wear the #44,” the 30-year-old revealed.

Even before riding the Motor Racing World Championship, Espargaro had the chance to meet his idol in Barcelona. At that time, Barros was racing in MotoGP.

“He was very kind and invited me to his motorhome. It’s something I really value more now. That is a very good attitude,” said Pol Espargaro. 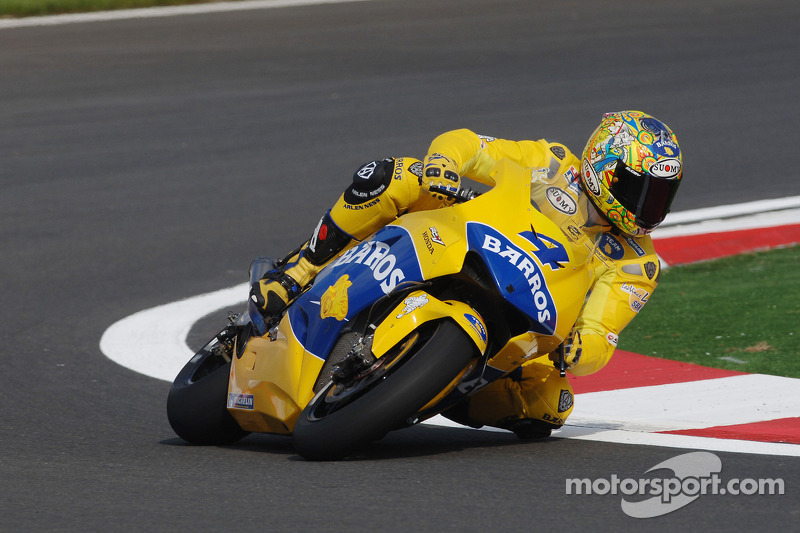 “I don’t remember the specific race of Alex. I just know that he has a very unusual racing style, and that’s impressive. He is one of the best drivers in that regard, like Kevin Schwantz.

“He is my idol. It’s strange that I don’t have one of his helmets, gloves or signatures. But I’m not someone who puts everything on material things. I remember the times with him.

“One day I want to be a big inspiration to other people as Alex (Barros) was to me, the driver who has achieved that F1 podium total throughout his career,” he added.