Being a racer as well as a celebrity must appear perfectly in front of the public. The demands make them depressed and have to hide it.

He is a three-time MotoGP world champion with Yamaha. In 2017, Lorenzo jumped to Ducati in the hope of repeating a similar feat.

However, the reality is the opposite. During two seasons, the Spaniard won three times and four podiums. Unfortunately, it always lands outside the top five.

Of course, the Borgo Panigale manufacturer did not want to extend his contract. In fact, Danilo Petrucci has been prepared to fill the slot he left.

Seeing the threat of leaving MotoGP, made him very down and frustrated. Therefore, he tried to convince the team. However, what Lorenzo did was in vain.

“In my two years at Ducati, I have good memories, maybe the only bad moment before Mugello,” he told DAZN.

“In that moment, I understood that I would not have a bike and I was in the most beautiful moment of my career.”

In the darkness, Lorenzo suddenly saw a glimmer of light brought by Honda’s manager, Alberto Puig. He saved the career of the 34-year-old man.

“I saw all the negatives, I just wanted to sleep at the time. I don’t know if it was a depression or a minor depression, but it all looked very sad. My mentality plummeted,” he said.

“Sport has become a methodical and perfectionist. Either you are obsessed and immersed in this world or it is impossible to fight with the best in the world.”

Regrettably, he could not repay Honda’s kindness. Never been in the top 10. Jorge Lorenzo only collected 28 points and ranked 19th.

This time, the 2006 and 2007 250cc world champion began to realize that his abilities had decreased drastically so he could not compete with his opponents. Lorenzo also accepted when his contract was not renewed and left the MotoGP race.

After retiring, he decided to have fun and opened a channel Youtube, and very active on social media. 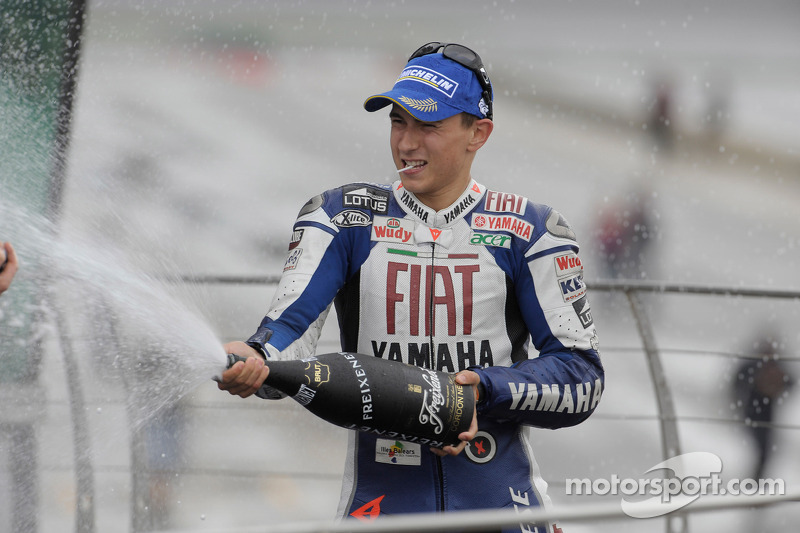 Biden's response, Putin is ready for dialogue on Ukraine