Defender Willing to Leave College and His Job to Join the M3 World Championship! 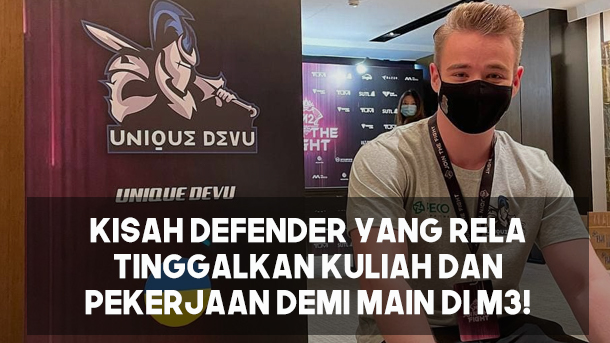 The M3 World Championship was finished about two weeks ago. However, there are still stories left about the highest title from Mobile Legends. One of them, the story of Na`Vi Defender, which can be said to be very reckless and has passion in Mobile Legends. How not, Defender is willing to leave his College and Job to join the 2021 M3 World Championship. He said that to One Esports during an exclusive interview.

“I came to the university and told the university that I would not be attending the exam, I wanted to build a career as a pro player in Mobile Legends. I think I have to use 100% of my time for this,” said Defender as reported by One Esports.

What the Defender itself does can be said to be quite crazy and risky. However, we do have to sacrifice something in order to achieve the goals we want. Good luck in the future, Defender!
Source: One Sports ID

Jonas Vingegaard on the verge of winning the Tour de France |nitoba.com

News : Super HD and Cool! This is the Display and Effect of Skills and Heroes of China’s Mobile Legends Server! | GameBox