The success of claiming the top three in Moto3 2020 brought Ogura promotion to the category intermediate. Back to strengthen Honda Team Asia, rider the young Japanese was surprisingly well adapted to the Triumph engine.

Although injury forced him to miss the final Moto2 Valencia series, Ogura can at least smile for his slick achievements this year. he managed to collect one podium when he finished second at the Austrian Grand Prix.

“I finished higher than I thought. So, I think it’s a good result (in general),” he quoted Ride Hi.

“When I look back on my first year in Moto2, I can say that I had one podium and I am happy to have been on the podium once. I think that is a positive point for me.” 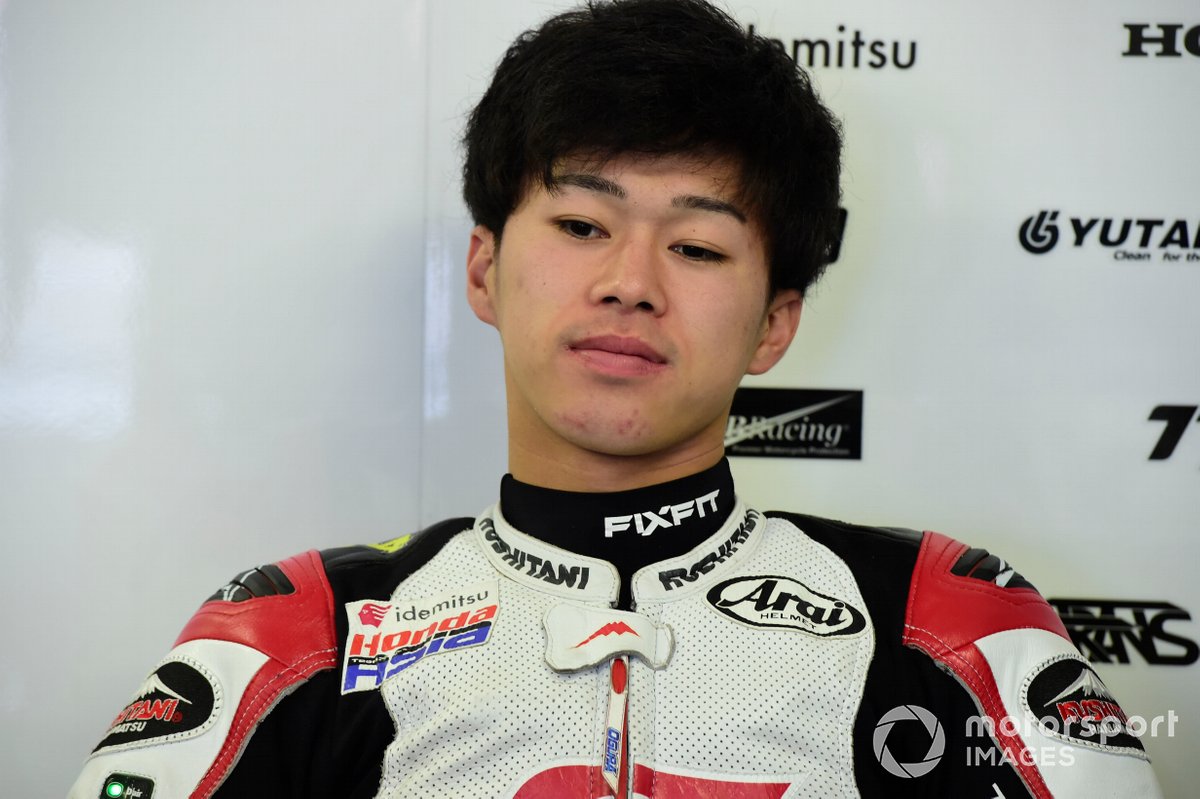 Ogura later revealed, initially it was not easy for him to switch from a single-cylinder 250cc Moto3 motorcycle to a Triumph 765cc three-cylinder.

“What we do is the same as in Moto3. It’s a bit different because it’s a bigger bike, but it’s the same in every category.

The 20-year-old also feels more prone to falling when riding a Moto2 motorbike than a Moto3 iron horse. This is due to the nature of Dunlop tires, as the sole supplier of both classes.

“It’s a bike you ride all the time with the rear pushing the front, and the front a bit tight. If you ride three laps at the limit, risk crash maybe higher in Moto2,” he said.

The 2021 season has now ended. Ogura is also ready to welcome Moto2 2022. The target will certainly be higher. The same applies to the enormous pressure he has begun to receive, especially in the face of competition next year.

There were a number of names that caught his attention. He is also wary of the arrival of the 2021 Moto3 world champion, Pedro Acosta, who is supported by a top team, Red Bull KTM Ajo.

“I think Augusto Fernandez and (Aron) Canetto are the two strongest drivers. The team will change,” said Ogura.

“Then there’s (Celestino) Vietti. The type of rider who arrived later than me, but he was fast in the second half of the season. When he is ready, he will definitely be strong.

“Of course (Alex) Lowes is fast. (Jorge) Navarro will switch to Kalex (Pons Racing) and Acosta will come from Moto3.”

Then, whether to win the championship is one of his targets, Ogura replied, “Yes, you can think like that.”

Gus Dur’s Humor: Kiai Tries New Motorcycle But Crashes Because He brakes with his feet | skinnyetra

Indonesia is in Group with Thailand in the 2022 AFF Cup |nitoba.com