So it’s not too difficult for Stoner to determine which bike he likes and enjoys the most, especially considering his period of participating in class premier fairly short (seven seasons).

As is known, due to health and motivational issues, the Australian racer chose to retire early at the age of 27, when Stoner was in his prime in MotoGP.

Stoner’s decision to resign was surprising and unfortunate for many, because at that time, he was one of the main attractions of MotoGP with Valentino Rossi, Jorge Lorenzo and Dani Pedrosa.

“My favorite bike is the 2012 Honda (RC213V), but with tires from the 2011 season. When they put out new tires for the new season, it didn’t work well with the bike. We had an incredible amount of vibes,” Stoner said Pitwalkers.com.

“We have recordings slow motion from the rear tire bouncing 3/4 inch off the asphalt every time. Every right corner entry is like under acceleration and most of the circuits in the world championships turn right, so it’s very difficult.”

Even though I don’t have feeling best with the bike, Stoner still able to appear fast. Especially after he managed to find a solution to the problems caused by different tire compounds.

“It all has to do with the tire compound and the frequency with which it is generated. The compound and construction contrasts with the rubber in wheel propulsion. Unfortunately, it didn’t work well, especially in the right corners,” said Stoner. 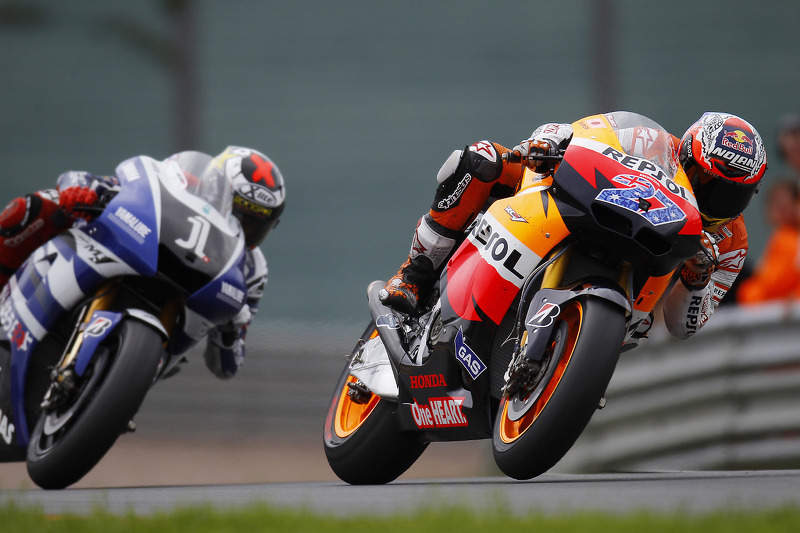 “On the left the tire is fine, because we have the power of the chain on one side, but on the other, the power comes from a different direction, the torque is different and it all goes through the swing arm, producing great vibrations.”

Furthermore, Stoner admits his best bike is in the 2011 season because the tires can be matched optimally from the start. So that the racer can enjoy carrying it to the finish line and become world champion for the second time.

“The bike with 2011 tyres, when we started testing it, was without a doubt the best bike I’ve ever ridden. Very good in braking, maneuvering and acceleration,” said Stoner.

“But yes, when we arrived in 2012 and they changed the compound and tire construction, it really ruined our season,” continued the rider who ended the MotoGP season in third place.