Big Names Leaving the Track at the End of 2021

The end of the 2021 racing season is somewhat different from previous years. A number of big names in various racing disciplines decided to withdraw. Almost all racers are constrained by age problems.

Motorsport.com Indonesia tries to summarize a series of great racers and rally drivers who have decided to retire at the end of this year. 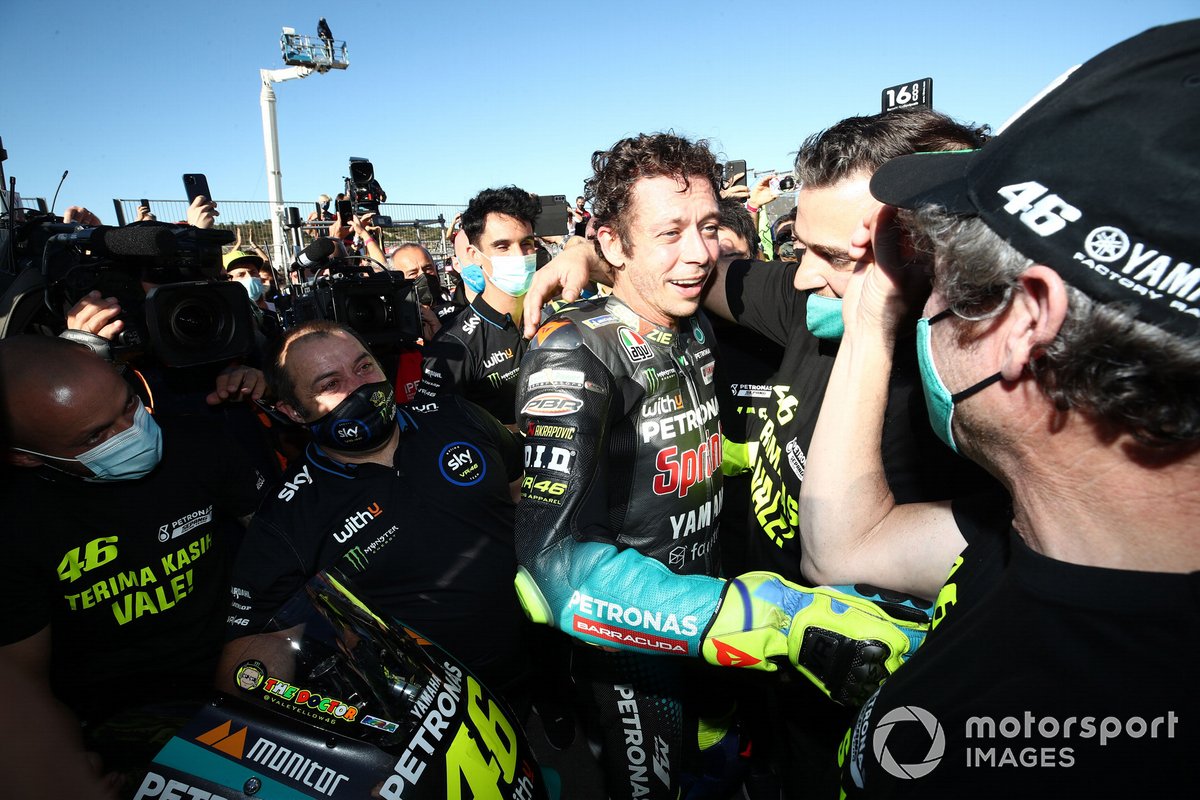 MotoGP has not only lost a legend but also an ambassador (ambassador) at a time public relation which is very good with the withdrawal of Valentino Rossi. However, at the age of 42 years and 26 seasons of a career in the Motor Racing World Championship, it feels like more than enough for Rossi.

When he retired from the world championship, Rossi was still the only racer who was able to win titles in the 125cc, 250cc, 500cc and MotoGP classes. Rossi bagged nine titles and seven of them in the premier class, 500cc-MotoGP.

“I want to thank Vale (Rossi), because he has inspired me a lot, especially when I was little,” said Fabio Quartararo, the 2021 MotoGP world champion. “He changed the image of motorcycle racing,” said Johann Zarco, another MotoGP rider. .

However, the most successful rider in Yamaha’s history in the premier class will not completely leave the race. Valentino Rossi stated that he would go down in the endurance car race next season. He will start by playing at the 24 Hours of Dubai in January. 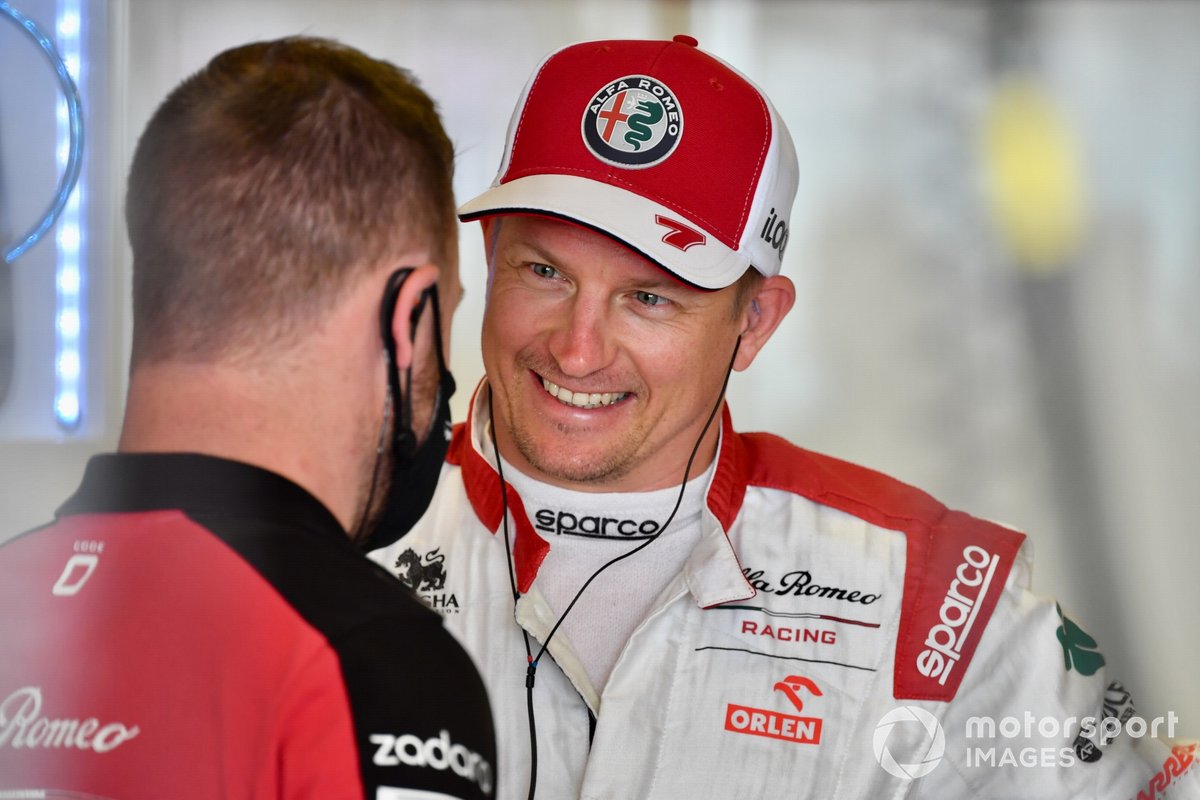 Kimi Raikkonen is indeed only ranked 16th in the final standings of F1 2021. However, it seems impossible to summarize his career in the jet land racing event.

F1 debut at the 2001 Australian GP at the age of 21 and previously only experienced in Formula Renault, everyone immediately knew that the man from Espoo, Finland had great talent. His move from Sauber to McLaren in 2002 proved that.

Until the end of his career in F1, Raikkonen was still the driver with the highest number of starts, 350. Fernando Alonso (Alpine) could break Raikkonen’s record if he was able to fully drop in F1 2022 (23 races) because currently he has collected 334 starts.

Throughout his career spanning 19 seasons in F1, Raikkonen managed 21 wins, 18 pole position, 46 fastest lap, and a total of 103 podiums.

Until his last race at the 2021 Abu Dhabi GP, last December 12, Kimi Raikkonen still looked cool, as if nothing had happened to him. His character is not much different from his nickname, Iceman. 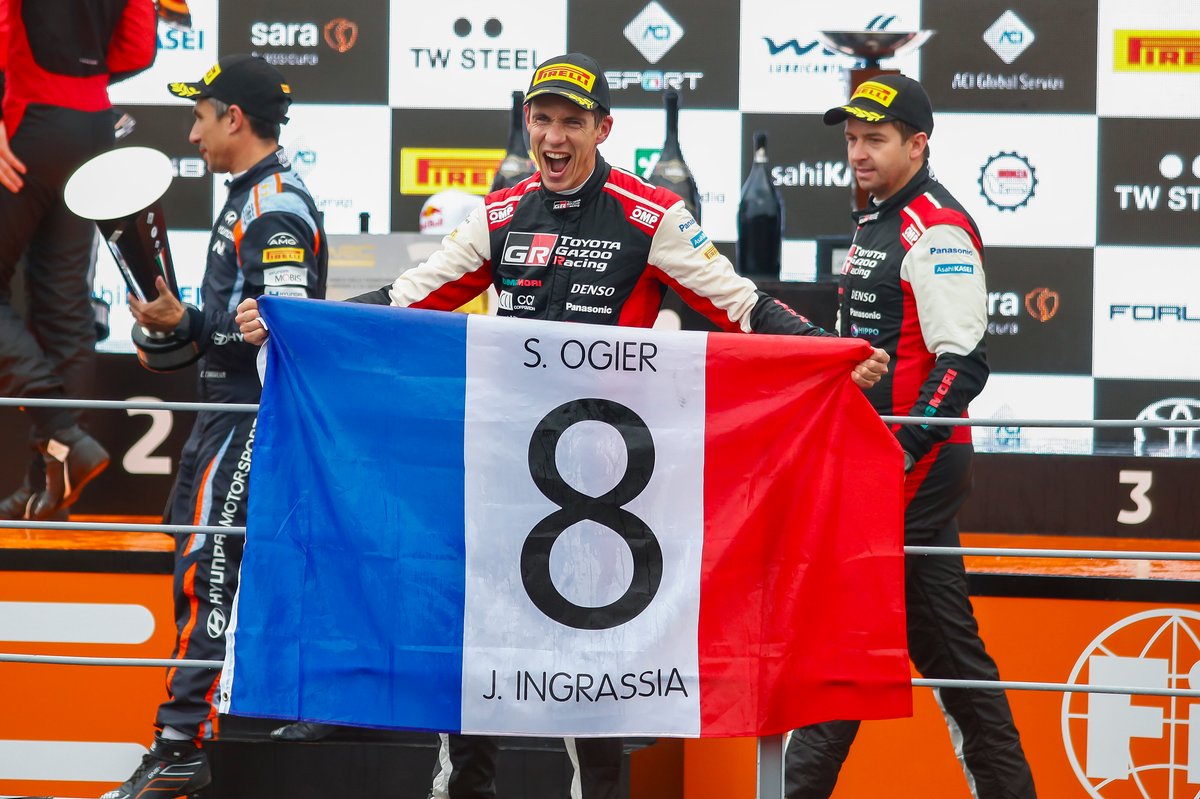 Unlike his partner, Sebastien Ogier, who continued his WRC career as a racer part-time, Julien Ingrassia chose to resign after accompanying the French racer to win his eighth world title (2013-2018, 2020, 2021) last season.

For 15 years, co-driver from Aix-en-Provence, southern France, accompanied his compatriot. “Julien is no substitute for me, he is the best navigator. Thank you for everything because I knew it would be impossible to find a replacement for you,” said Ogier.

Together with Ogier, Ingrassia has gone down in 168 WRC class rallies with 54 wins and 91 podiums. The two continued the French hegemony in the WRC after the era of Sebastien Loeb and the Monaco navigator, Daniel Elena, ended. 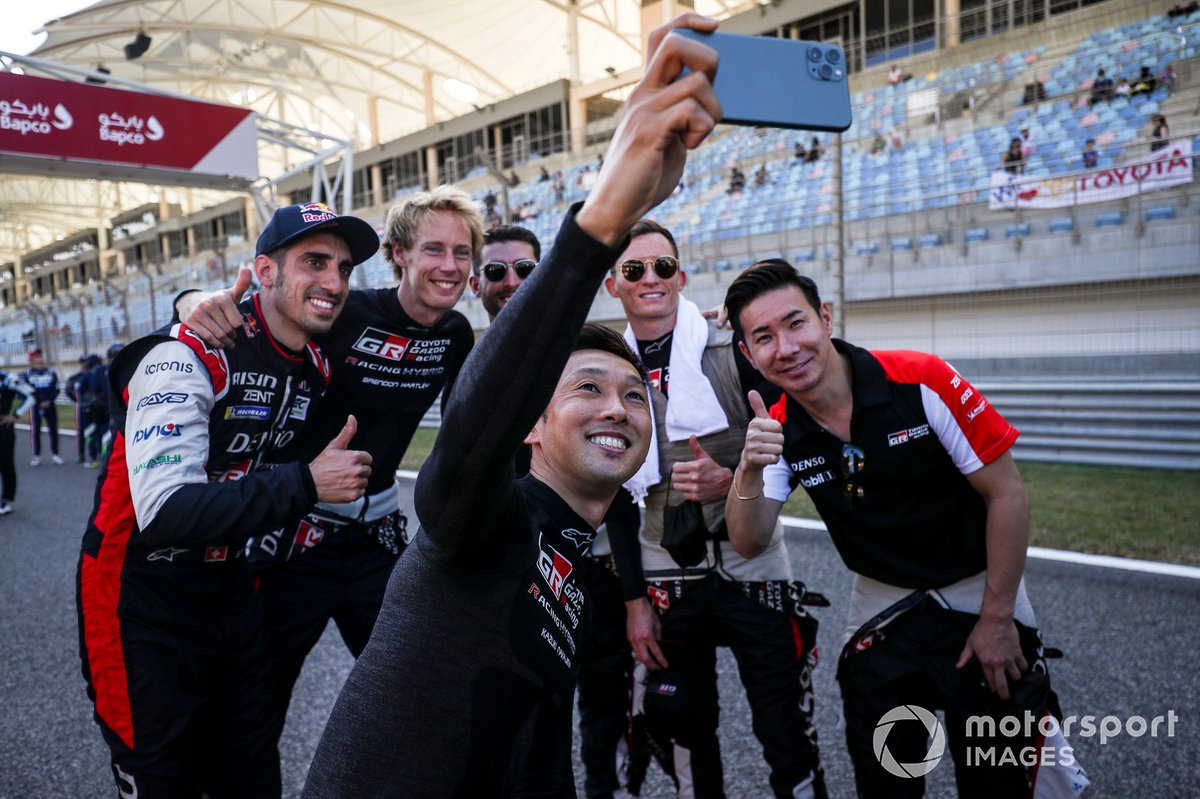 One of the WEC icons officially resigned at the end of the 2021 season, after winning the last race, 8 Hours of Bahrain, on November 6 with the Toyota Gazoo Racing Team.

Running #8 Toyota GR010 Hybrid with Sebastien Buemi and Brendon Hartley, Kazuki Nakajima finally placed second overall and the Hypercar class at WEC 2021. They only lost to its sister team, the #7 Toyota Gazoo Racing.

One of Nakajima’s great successes at WEC was winning the 2018 24 Hours of Le Mans in the LMP1 class with Fernando Alonso and Sebastien Buemi by relying on the Toyota TS050 Hybrid belonging to the Toyota Gazoo Racing Team.

In the same year, they also won the WEC. Now, Nakajima’s position is replaced by Ryo Hirakawa.

Kazuki Nakajima is also not completely leaving the world of motorsport as he will take up the position of Vice President of Toyota Gazoo Racing Europe in 2022. 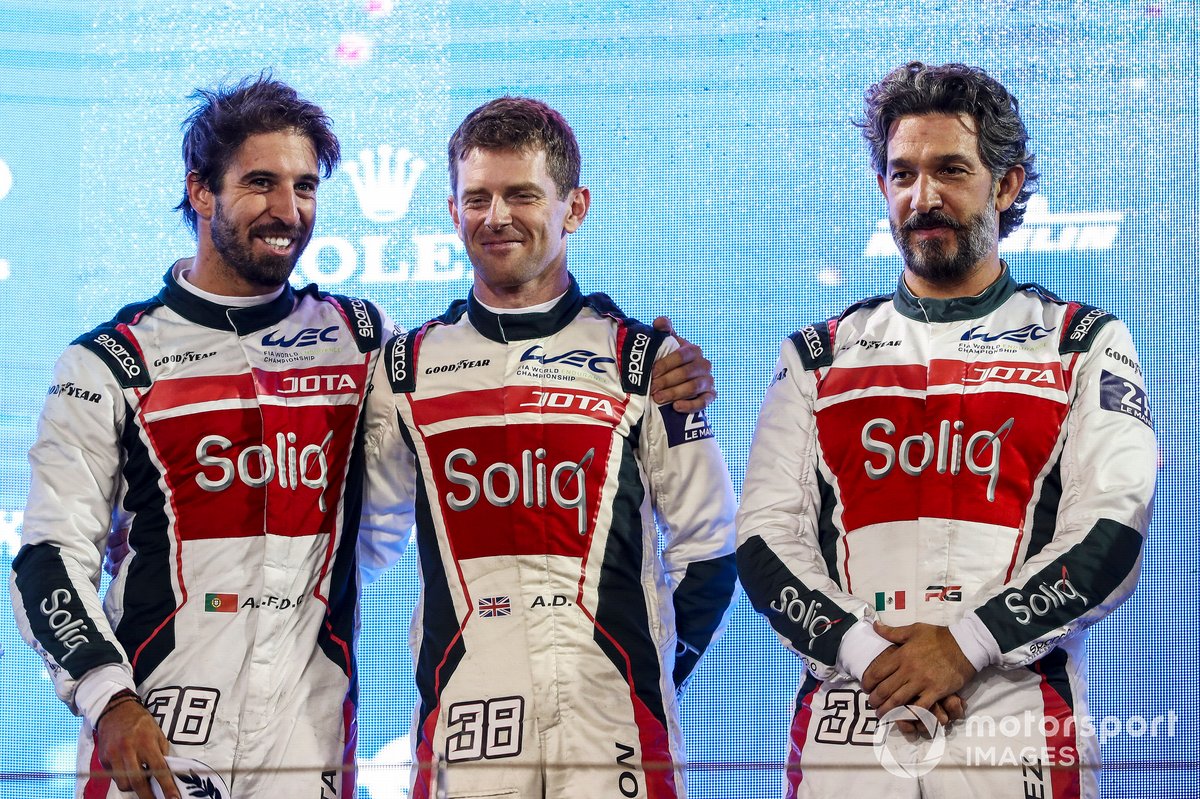 Aged 42 years, Anthony Davidson started his career in 1999 in various races in England before descending in Formula 1. Initially, he became test driver for Honda. It went down in 24 Grand Prix with Minardi, BAR Honda and Super Aguri between 2002 and 2008.

However, his career was just flashy at WEC. Davidson recorded 13 down in the 24 Hours of Le Mans with the best result of the second podium in 2013 with Toyota Racing. Davidson then finished second in the LMP2 WEC 2020 class with Jota Sport.

The peak of Anthony Davidson’s career at WEC was achieved with Toyota Racing by winning the LMP1 class title in 2014 with Sebastien Buemi. 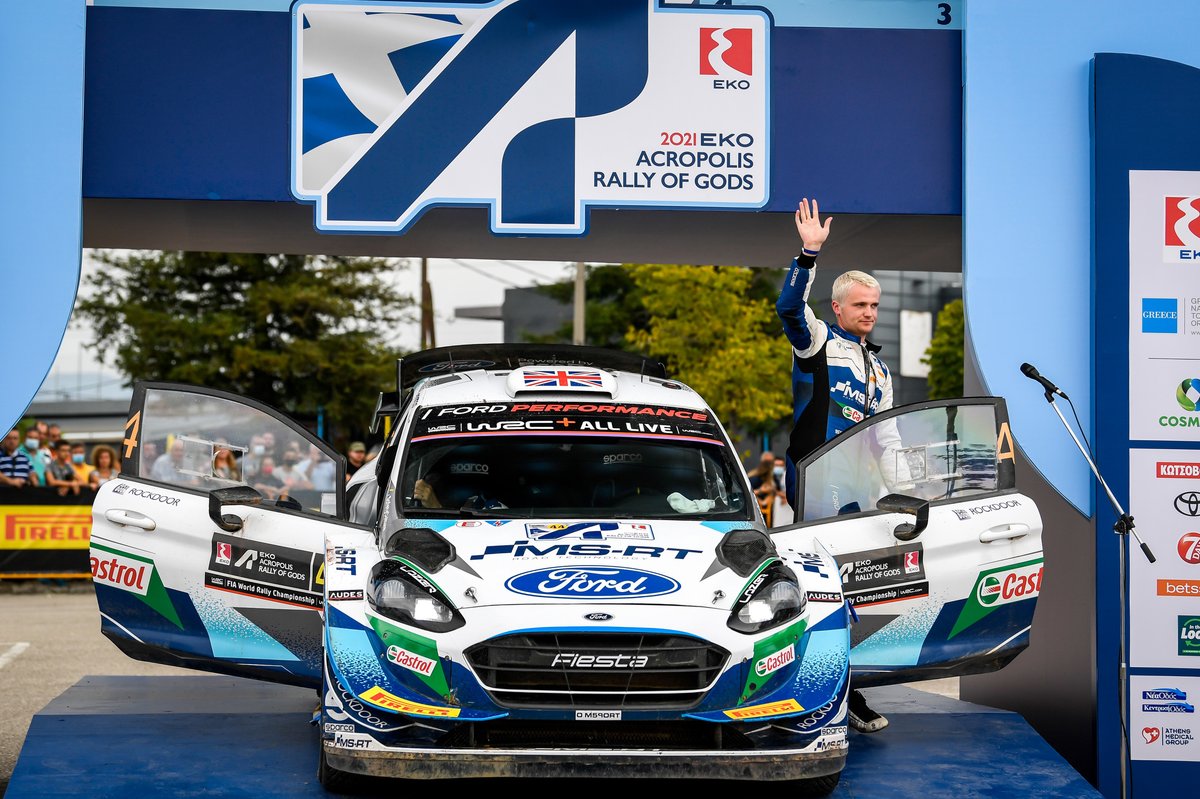 Julien Ingrassia isn’t the only one co-driver top who retired at the end of the 2021 WRC season. After a 24 year career, Chris Patterson has finally hung up on him for good.

Rated as one of the most experienced navigators in the world, Patterson initially decided to step down in 2018. However, the efforts of the M-Sport Ford World Rally Team (WRT) and Gus Greensmith in early 2021 pushed co-driver who is now 53 years old is to return.

In total, he took 12 podiums and took part in 144 rallies in a career that began in 1993. Unusual fact, Chris Patterson is the only one co-driver who is able to replace the rally driver to bulldoze a special route (SS).

It happened when he swapped positions with Petter Solberg at the 2011 Sweden Rally Power Stage on a Citroen DS3. 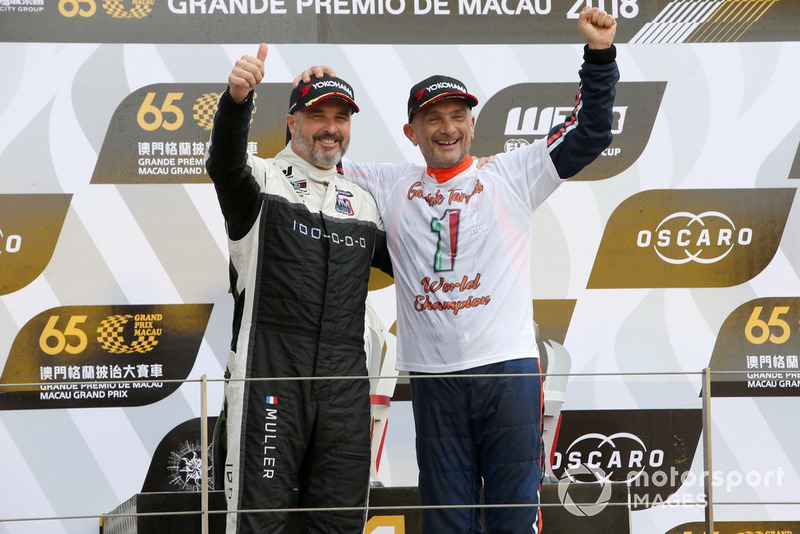 The 59-year-old racer has won two World Touring Auto Racing Championship titles, WTCC in 2009 and WTCR in 2018. Out of 85 WTCR races, he has scored eight wins.

Tarquini actually started his racing career from a single seat car alias formula. He descended on Italian F3 in the early 1980s.

From there he decided to focus on touring car racing and GT. Reportedly, despite having decided to retire, Gabriele Tarquini will still play in the 24 Hours of Le Mans. He will also be active in the European Tour Rally Championships. 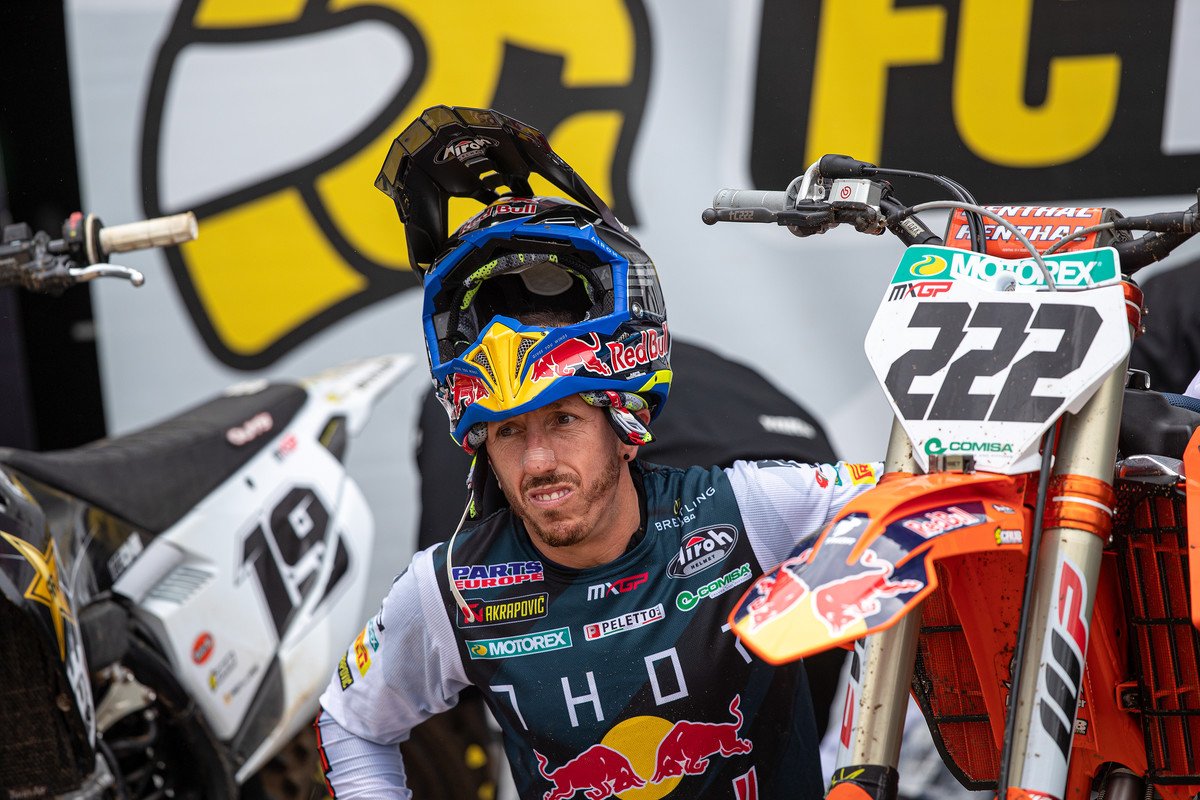 Starting off at the Motocross World Championship in 2002, Antonio “Tony” Cairoli became the second most successful crossover in world motocross after Stevan Everts. With nine world titles in various classes, Cairoli only lost one to Everts.

Cairoli became one of the first modern kroser in Europe that was able to displace the rigid style of the kroser era of the 1990s. His racing technique is now widely imitated by young kroser.

Cairoli are not only good at setting the rhythm with a flowing style like Jeremy McGrath but are also capable of being very fast like James Stewart.

Body positioning also affects Cairoli’s racing style. For heavy sandy terrain, his upper back will arch forward, head over the front fender, and knees hugging the sides of his KTM.

With that position, it keeps the front end stable while forcing the rear wheels to keep going through the sand.

That is one of the reasons why Cairoli has been a tough competitor and his teammate at KTM, Jeffrey Herlings, who is known to be very good at bulldozing sandy terrain.

After deciding to retire on September 14, Antonio Cairoli will reportedly become an adviser to KTM, the manufacturer he last represented in MXGP.