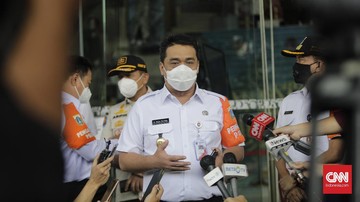 Deputy Governor of DKI Jakarta Ahmad Riza Patria give an explanation of savings budget IDR 12.9 trillion. The deposited funds are the attention of the Minister of Home Affairs Tito Karnavian at the end of 2021.

Riza said that the DKI Provincial Government’s budget had not been fully absorbed. However, he promised his party would complete the absorption of the budget as well as possible.

The Gerindra Party politician said that the budget was settling because it was in the process of completing the program. He said the DKI Provincial Government did not want to be careless in managing the budget.

Previously, Minister of Home Affairs Tito Karnavian summoned ten local governments that had budget deposits. Tito asked why the trillions of rupiah was still being kept in the bank until the end of the year.

“We ask fellow governors to immediately hold a coordination meeting on accelerating spending, then also clarify local government fund savings in regencies/cities in the province,” Tito said in a written statement, Wednesday (12/22).