MotoGP: Raul Fernandez Lucky to be accompanied by Dani Pedrosa

Not shining in Moto3, does not mean he will fail at a higher level. The 21-year-old racer has proven it.

During four years of working at the lowest level, he never ended the season in the top three of the standings. Even though he can only sit in fourth place in Moto3, Aki Ajo, the boss of the Red Bull KTM Ajo team, does not hesitate to orbit him to Moto2.

No one thought that rider Spain can immediately appear with a heavier motor. He took the third podium in the second race in Qatar. After that, won first place in Moto2 Portugal.

Since then, Fernandez has been unstoppable and has often been a stumbling block for Remy Gardner to win the title. The duel between teammates lasted until the final part in Valencia.

The young racer had expressed his disappointment at being tripped up in the race for the Moto2 world championship.

“I’m hurt that I didn’t win, but that doesn’t detract from the facts about the great job we did. The team is not not giving everything,” he explained to Telemadrid.

“The mechanical team, the people closest to them, have given everything to make it work.”

That anger is carried over to MotoGP, as fuel and a source of motivation. He wanted to be able to compete with those who first plunged into the premiere level.

Fernandez said he needed a figure who gave him direction so that he could reduce mistakes. There is no reference to making the fight continue inside the Red Bull KTM Ajo garage.

“All I need before I make a mistake is to have someone remind me, ‘Hey, watch out for what’s going on with you, watch out for this moment, on the curve on this track’,” he said.

“When it happened he came and we all got hit, even after warm-up, we were hit hard. Such a situation is difficult to manage.

“Each one gives an opinion that he believes in. As much as I believe that entering corners at that speed will be good, there are those who don’t. In the end, all understood what they understood. My life has not changed because of this.” 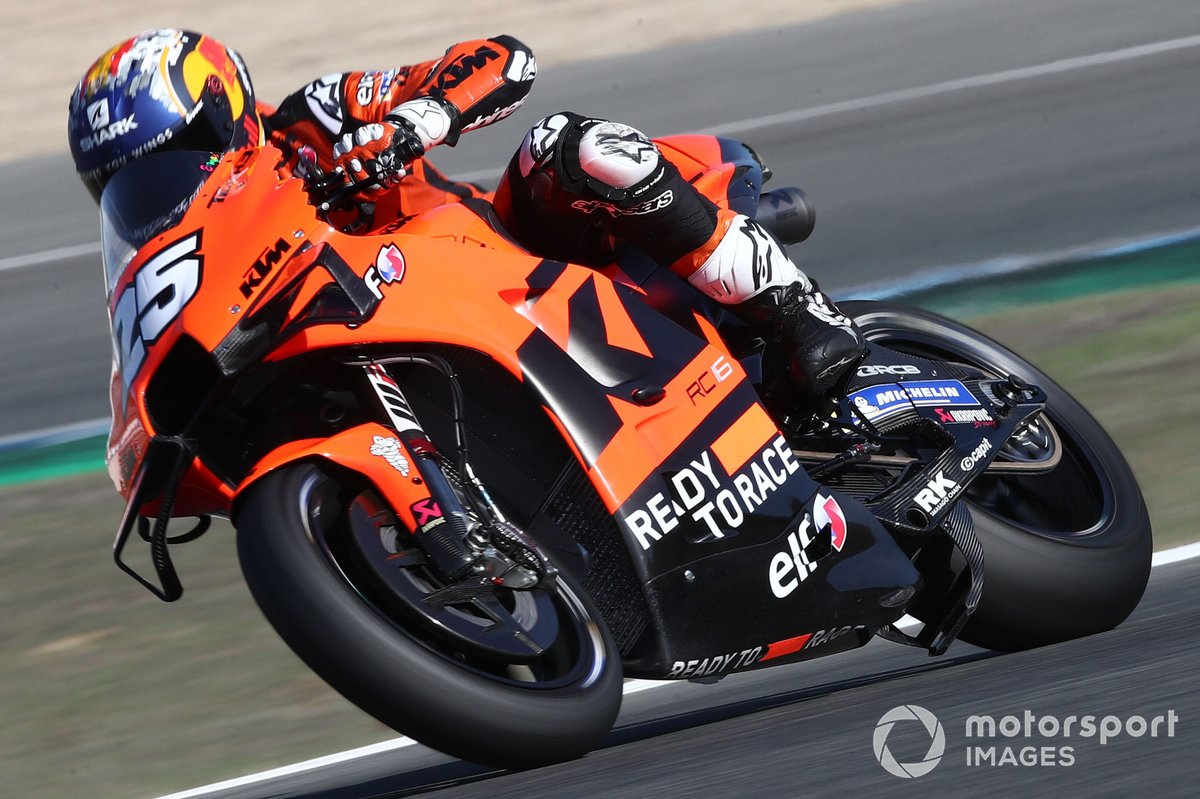 They discussed several times and Pedrosa was not stingy in sharing his experiences. Rider the young man saw there was much that needed to be improved.

“But the sensation with the bike is good, while Dani’s presence there, helping is very important. Someone with experience like him is very important. During the two days of testing he helped me evaluate what aspects were working or not on the bike because physically it was very essential.”

Raul Fernandez looks at his adventures ahead with optimism, even though this season, KTM has experienced another decline. As an insider, he has information about the progress of the Austrian manufacturer.

“It is clear that now, KTM is a brand that is very encompassing of its drivers, supporting us. They are very close and I’m happy about that, because in the end, you see that they want to win and get involved.”

“That’s what affects the drivers, when you look at your environment, the brands involved. All give you extra confidence.”

News : PS Plus October is very good! Here’s a Free Game for PS Plus Members in October! | GameBox

Prayers for the Sick According to Imam Syafii |nitoba.com