Gardner was involved in an accident with Marcos Ramirez in the second free practice (FP2) of the Algarve GP. As a result of the clash, the Red Bull KTM Ajo driver suffered two broken ribs.

Instead of choosing to miss the race, Gardner continued to appear. The son of the legend Wayne Gardner even managed to get a win after starting from grid second. But the new title can be secured in Valencia.

“I know I might have broken a rib, but I didn’t want to have an X-ray or see a doctor or anything,” Gadner quoted him as saying. Speedcafe.

“I just want to keep calm and get on with the job. It sure hurts. In the end, after the MotoGP test (Jerez), I had a scan and two of my ribs were broken. Not shifted, but broken. Hover over there.” 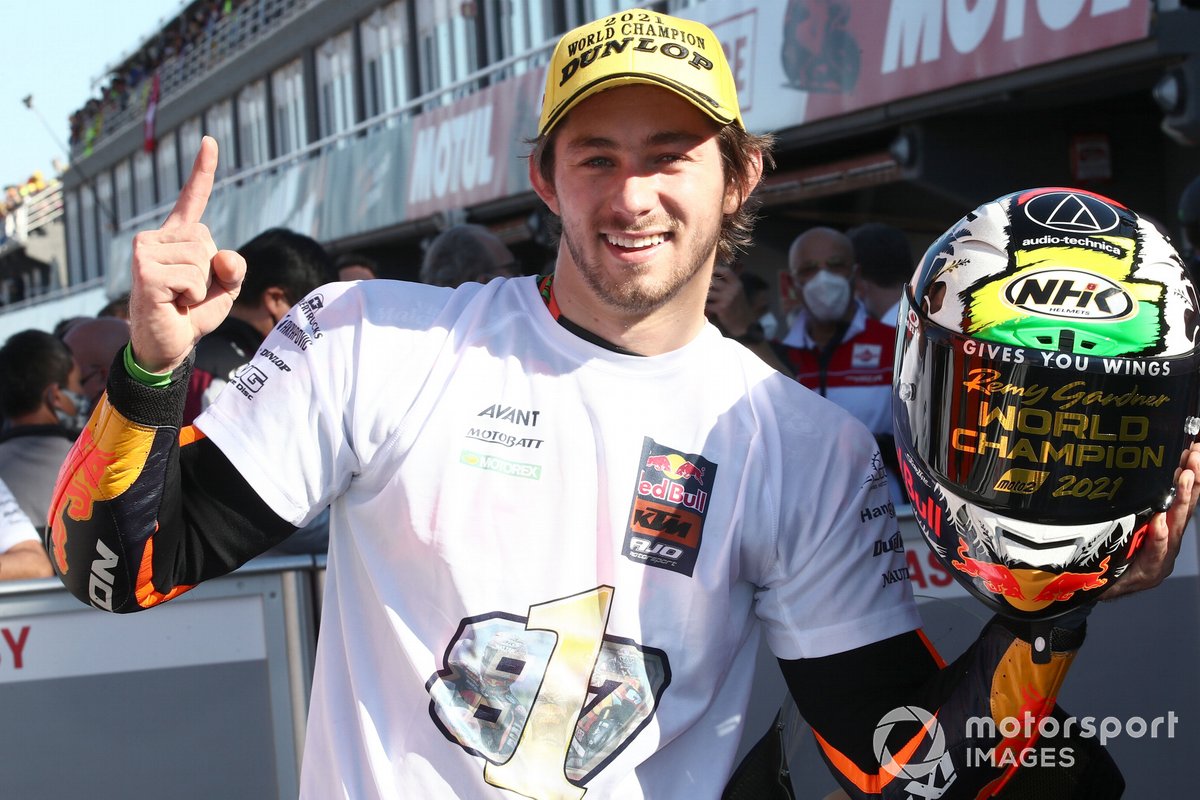 Furthermore, Gardner said that it occurred to him not to race. The pain is so great that it raises doubts about whether it will be able to face the remaining two races of Moto2.

Luckily, moral support from his lover motivated Gardner. The injury was diverted as extra motivation. And proven effective. Despite having to face the determination of the title in the last series, he succeeded in becoming world champion.

“For sure, you have to be really mentally strong to do those kinds of things. I just got through it. It hurts. It really, really hurts (it feels),” Gardner said.

“After the race, I couldn’t even breathe. I tried to scream with the mechanic and everyone else. I can’t even scream. I can not talk. I’m just out of breath. I’m in so much pain.

“I’m not happy we didn’t lock up in Portugal because I was like, ‘Oh great! Now we have to do it again next week in Valencia because it’s one week after.

“I was proud of myself when I won the race (GP Algarve), especially with a broken rib.”

The success of capturing the Moto2 title saw Gardner become the first Australian rider, and the second to do so in the category intermediate Grand Prix after Kel Carruthers in 1969.

Four Questions About Long Covid This is starting to be answered |nitoba.com