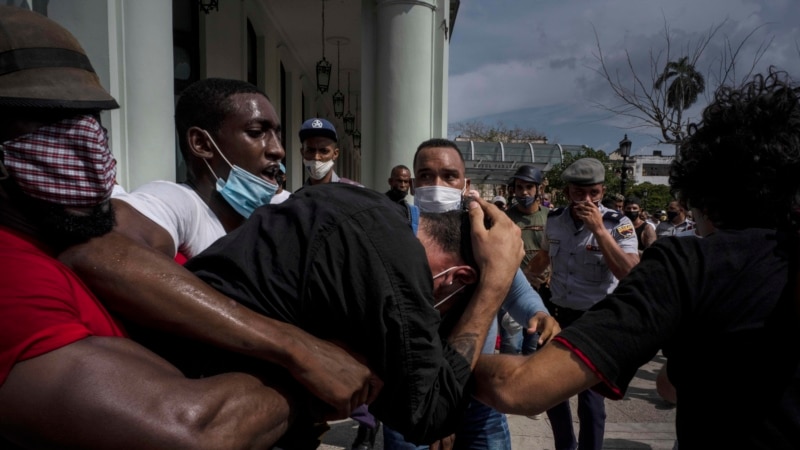 The United States on Thursday (23/12) condemned the “politically motivated trial” of more than 90 Cubans who took part in unprecedented anti-government protests in July.

“Since December 13, the Cuban regime (has) tried more than 90 #11J protesters across Cuba,” US Under Secretary of State for Western Affairs Brian Nichols said in a statement. tweet which was uploaded using a hashtag referring to the street demonstrations on July 11.

“The world sees the magnitude of this injustice,” the State Department official said. “False accusations of silencing, & appalling prison conditions for peaceful demonstrators.”

Nichols said Cuban authorities were trying to sentence some of the protesters to up to 25 years in prison.

A State Department spokesman said Nichols’ tweet was “intended to highlight the continued detention of hundreds of peaceful protesters following the historic peaceful protests in July, as well as, the politically motivated trials of the Cuban regime.”

“The current judicial process, which is happening simultaneously across the territory of the island nation is an affront to Cuba’s human rights and their (demonstrators’) demands for freedom,” the spokesman said.

“Prosecutors in Cuba have made false or unfair accusations such as ‘incitement’ to the peaceful demonstrations carried out by demonstrators on July 11 in their attempt to silence dissidents, cancel future peaceful protests, and intimidate critics of the regime,” it added. the spokesperson.

A State Department spokesman said the Cuban government appeared to be conducting the trial during the holiday season to “cover their human rights abuses.”

National protests against Cuba’s communist regime in July were the largest since the 1959 revolution. [my/em]

One of the Best Schools in Mariupol Destroyed by Russian Troops

Klopp: We realize we have to show a reaction after a bad performance at Napoli |nitoba.com