Gorbachev: US became arrogant after the collapse of the Soviet Union 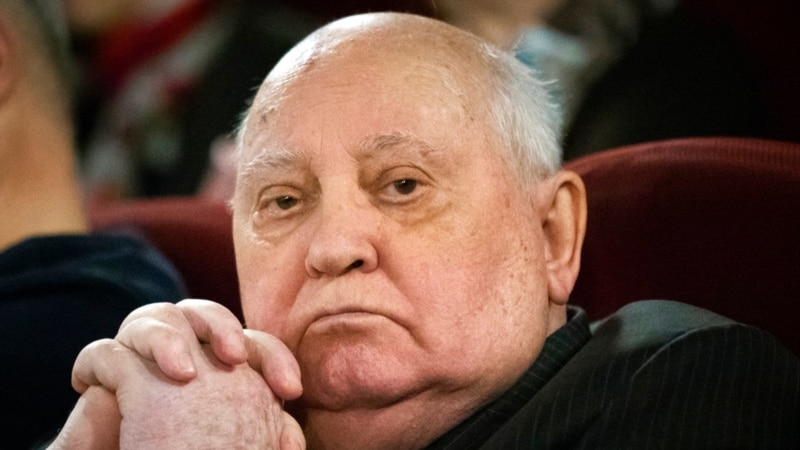 Former Soviet leader Mikhail Gorbachev said Friday that Washington had become “arrogant and confident” after the collapse of the Soviet Union, and this led the US to push for the expansion of the NATO military alliance.

In recent years President Vladimir Putin has increasingly insisted that NATO is widening as it gets closer to Russia’s borders. Moscow last week demanded “legal guarantees” that the US-led alliance would halt its eastward expansion.

“How can one count on equal relations with the United States and the West in such a position?” Gorbachev told the state news agency RIA Novosti on the eve of the anniversary of his resignation as leader of the Soviet Union. He said “there is a feeling of victory in the West, especially in the United States” after the Soviet Union had not existed since 1991.

“They became arrogant and self-confident. They declared victory in the Cold War,” said Gorbachev, who is now 90 years old. He insisted that the world’s escape from confrontation and the nuclear race was thanks to the joint efforts of Moscow and Washington. Therefore, according to him, the US should not build a “new empire” – this statement refers to the expansion of NATO.

Nevertheless, Gorbachev welcomed the upcoming security talks between Moscow and Washington. “Hopefully there will be results,” he said.

Moscow last week made sweeping security demands of the West, saying NATO should not accept new recruits and seeking to bar the United States from establishing new bases in ex-Soviet countries. Putin said Thursday that Washington was willing to discuss the demands and talks could take place as early as next year in Geneva. A senior US official said Washington was ready for talks “as soon as early January.”

Putin, a former KGB agent, was disappointed when the Soviet Union collapsed. He once called the collapse “the greatest geopolitical disaster of the 20th century”. [ab/ka]

News : Make Gaming With Car System as a Feature, Tesla is Investigated by Authorities! | GameBox

News : A Pokemon Card Thief tries to sell his stolen goods in the shop he stole | GameBox