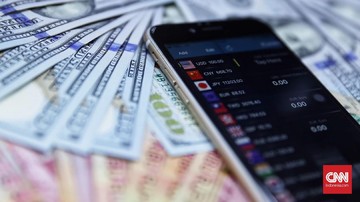 However, several other Asian currencies appear weak. For example, the Japanese yen weakened 0.04 percent, the Chinese yuan weakened 0.01 percent, and the Hong Kong dollar was stagnant.

Money Market Analyst Ariston Tjendra predicts the rupiah will be stronger today. Market participants’ concerns about the new variant of the omicron began to subside.

“Most market players think that omicron is not as dangerous as a delta and will not interfere with economic activity,” Ariston said CNNIndonesia.com.

In addition, the government’s optimism for Indonesia’s economic growth in the fourth quarter of 2021 also added to positive sentiment for the rupiah.

This optimism can be seen from the government’s projection of the national economy which will reach 5 percent in October-December 2021.

Synopsis Welcome to Wedding Hell, Lika-Liku Towards the Wedding