Lin Jarvis has an idea of ​​when to retire from MotoGP

The 64-year-old man is a central figure in the Yamaha team. He moved to the MotoGP division in 1999.

Jarvis helped the team to be more considered in the premier motorcycle racing scene. He also contributed to bringing Valentino Rossi and Jorge Lorenzo.

Both riders have contributed seven MotoGP titles to the Iwata manufacturer. The last time, the maximum achievement was achieved by Lorenzo in 2015.

After that, Yamaha could only be a spectator. The recruitment of Maverick Vinales is expected to restore their supremacy.

However, in fact, they have been in constant trouble, especially in the last two seasons. The Covid-19 pandemic has made motorcycle development not optimal due to limited mobility between Japan and Italy.

Then in 2020, a faulty engine valve affected Rossi and Vinales’ report cards. The Spaniard became a thorn in the flesh for the team.

Vinales and Yamaha’s relationship was difficult to save so they ended the contract in the middle of this season. To Motorsport.com, Jarvis admitted that he was tired of the bad situation that happened.

“I’m tired. Covid-19 adds to the workload very brutally. Plus, it robs us of the pleasure in work that we’ve always had,” he said.

“We can’t go to restaurants, we’re very restricted. We are not allowed to bring guests. The valve problem is also very serious. This year, we have to deal with the Maverick case.”

During his two decades with Yamaha in MotoGP, Jarvis has got it all. However, he was not satisfied.

Fabio Quartararo’s promotion from Petronas SRT to Yamaha Factory Racing was the right decision. The French racer broke the MotoGP champion drought experienced by the manufacturer, after beating Francesco Bagnaia in points.

The Englishman wants to push El Diablo to deliver two more titles. After even helping the team to win 10 titles, then he will withdraw from the frenzy of MotoGP.

“Fabio’s title makes all the hard work pay off. I’m still motivated by what I can do, but the results are essential,” he revealed.

“I’m 64 years old and I think I can still (work) another three or four years. My goal is to reach 10 titles. I want to win two more titles and then retire.” 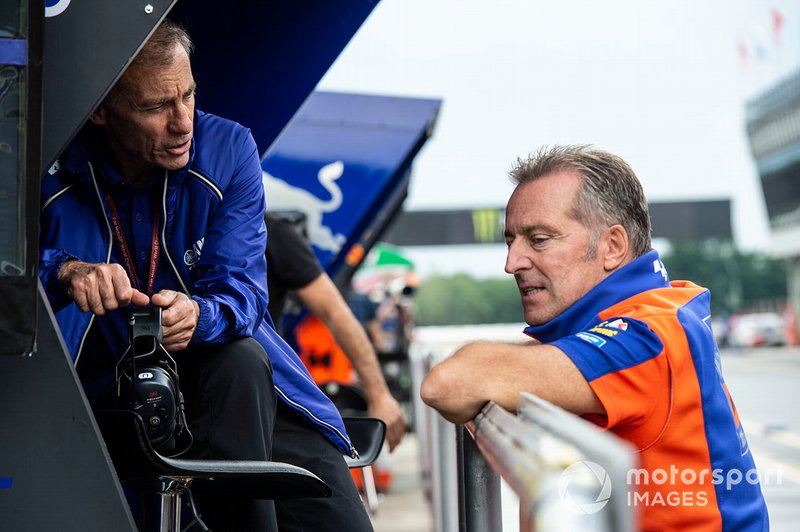