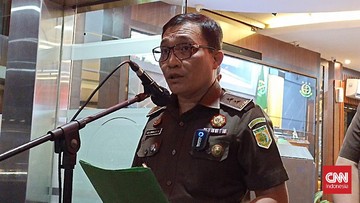 attorney General’s Office believes that the judge adjudicating the alleged corruption case Heru Hidayat In the management of financial funds, PT ASABRI (Persero) is allowed to impose an ultra petita sentence or exceed the indictment or demand submitted by the prosecutor.

In this matter, Heru was charged by the Public Prosecutor (JPU) with the death penalty. But the lawsuit is considered to pin an article outside of the indictment filed at the beginning of the trial.

“It should be understood that the judge’s decision which is ultra small justified under the Indonesian criminal procedure law as regulated in Article 182 paragraph (4) of the Criminal Procedure Code,” said the Head of the Legal Information Center (Kapuspenkum) at the Attorney General’s Office, Leonard Eben Ezer Simanjuntak in a written statement, Wednesday (12/23).

According to him, the article stipulates that the final deliberation held to make a decision must be based on the indictment and everything that is proven in the trial examination.

That is, he said, the jury can decide a matter not only based on the indictment but also referring to other conference facts.

“Ratio logis KUHAP is a Judge who is active in examining matters and is free to consider everything related to the matter being examined, “he said.

Therefore, said Leonard, judges must be brave in accommodating the values ​​of justice in society. In this case, applying legal principles that are considered to provide a sense of justice and benefit to the community and the state.

According to him, the Prosecutor had originally charged Heru with Article 2 paragraph (1) of the Corruption Criminal Act. However, during the trial some incriminating things were found.

For example, he said, the attribution of receipts from Heru Hidayat’s financial losses, which was suspected to have reached Rp. 12.64 trillion, of the total state financial losses of Rp. 22.78 trillion.

In addition, Leonard also considered that during the trial Heru did not have the empathy and good faith to return the proceeds of the crime he had obtained.

“And he has never shown that what he did was wrong, in fact it has been done repeatedly because he thought that the transactions in the capital market he did were civil acts that were common and commonplace,” he explained.

According to Leonard, the judge’s decision outside of the article indicted by the Prosecutor is not the first time this has been done. For example, the judge at the Boyolali District Court Number: 02/Pid.B/2007/PN.Bi with the Defendant I Agus Santoso and Defendant II Yusroni who were involved in the case of beatings, article 170 of the Criminal Code).

Then, he said, the decision of the Supreme Court Number: 810 /K.Pid.sus/2012 in the Narcotics case with the Defendant Idris Lukman bin Lokman Hendrik.

“As an affirmation that the Judge’s Decision is given the freedom to decide cases outside of the articles indicted by the Public Prosecutor to the Defendant,” Leonard said.

For information in his plea, Heru assessed that the public prosecutor had abused his power or abuse of power when he ordered the death penalty against him.

He felt wronged for the abuse of power shown by the prosecutor. Because, according to him, the prosecutor ignored the law and morals in dropping charges.

“The pinnacle of abuse of power what the prosecutor did in this matter we witnessed together in the conference last week, when the prosecutor arrogantly read the death sentence to me, “said Heru when reading his pleido, Monday (13/12).