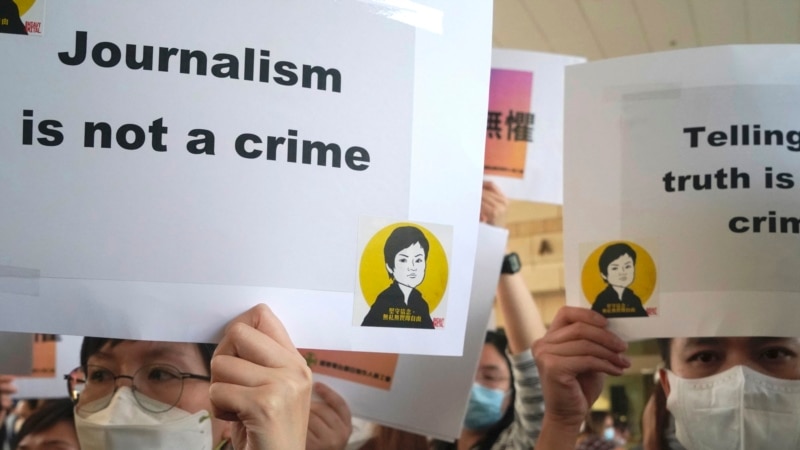 A federal court in Manhattan ruled punishment three years in prison for a man this week for sending text message threats to the family of a journalist.

The prosecution informed the court that the threatening text and audio messages were sent to about 50 people between November 2020 and early January this year.

Lemke rejected the results of the 2020 US presidential election, prosecutor Damian Williams said in a statement.

“Lemke sent threatening messages to dozens of victims, including journalists, elected officials, and their families, because he thought these people had committed abuses when in fact they were simply stating the facts,” Williams said.

“Rather than seeking change through legitimate forms of disclosure as we have as Americans, Lemke sought to suppress freedom of expression, by intimidation and inflicting fear in others through threats of violence,” the prosecution added.

At least one message was sent to a journalist in New York as the attack on the Capitol Building in Washington on January 6 was underway.

The message reads “Those words will put you and your family at risk. We’re nearby, armed and ready.”

The prosecution did not name the people Lemke targeted. But on Monday (20/12) after the court’s decision was handed down, the correspondent CNN Brian Stelter said that he and the presenter CNN Don Lemon was among the journalists targeted by Lemke’s threats.

The New York-based Committee for the Protection of Journalists (CPJ) said the verdict served as a “significant acknowledgment by the US justice system that threatening messages have a frightening effect on oral and written public communications.”

“The Lemke case is an important example of how law enforcement can have real consequences for those who threaten journalists with violence. We urge US authorities to continue to take this kind of intimidation seriously,” CPJ program coordinator Katherine Jacobsen said in a statement. [jm/my]

Citayam Fashion Week is crazy, Depok claims to have 55 parks for teenagers