News : Prepare Your Storage! Elden Ring Will Have 44GB Size on PS5! | GameBox

0
SHARES
0
VIEWS
Share on FacebookShare on Twitter
Many games that carry or try to follow the Soulslike formula over the past few years. Although most of them can be said to be good, it is undeniable that only FromSoftware can use these formulas to the best of their ability. Sekiro: Shadows Die Twice is a great example of the developer using the same formula but with a few new ingredients.

With the release time approaching two months away, fans can’t wait to play the newest game from FromSoftware, namely Elden Ring on February 25, 2022. In anticipation of this, FromSoftware finally revealed the size of Elden Ring for the PlayStation 5 console, which is 44GB.

» Elden Ring Leak Information Has Been Leaked On One of the Sub-Reddits!
» From Software Returns to Share the Latest Short Gameplay of Elden Ring!
» [FIRST IMPRESSION ] Endless Legends! First Impression Elden Ring Closed Network Test!
» While Waiting for Elden Ring to be Released, Here Are 7 Similar Games That You Must Play!
» Elden Ring Immediately Presents 5 Classes That You Can Play From the Beginning!

Even though it only provides game size info for the PS5 console, in the case of other games there shouldn’t be too much game size gap between the new generation console and the old one, especially with other consoles in the same generation. So, the possible size on the PS4 console can be ascertained to be slightly lower because the graphics cannot match the performance of the Next-Gen console from the PS5. 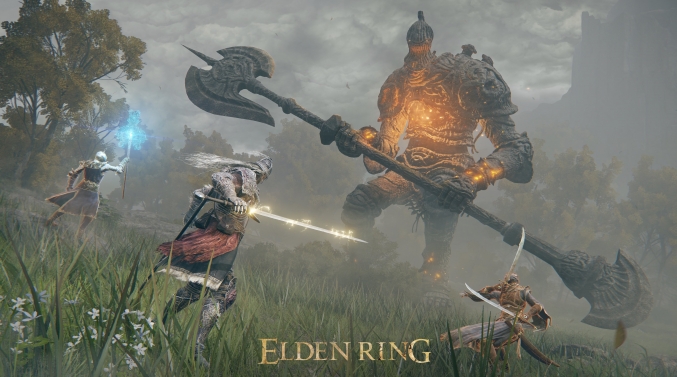