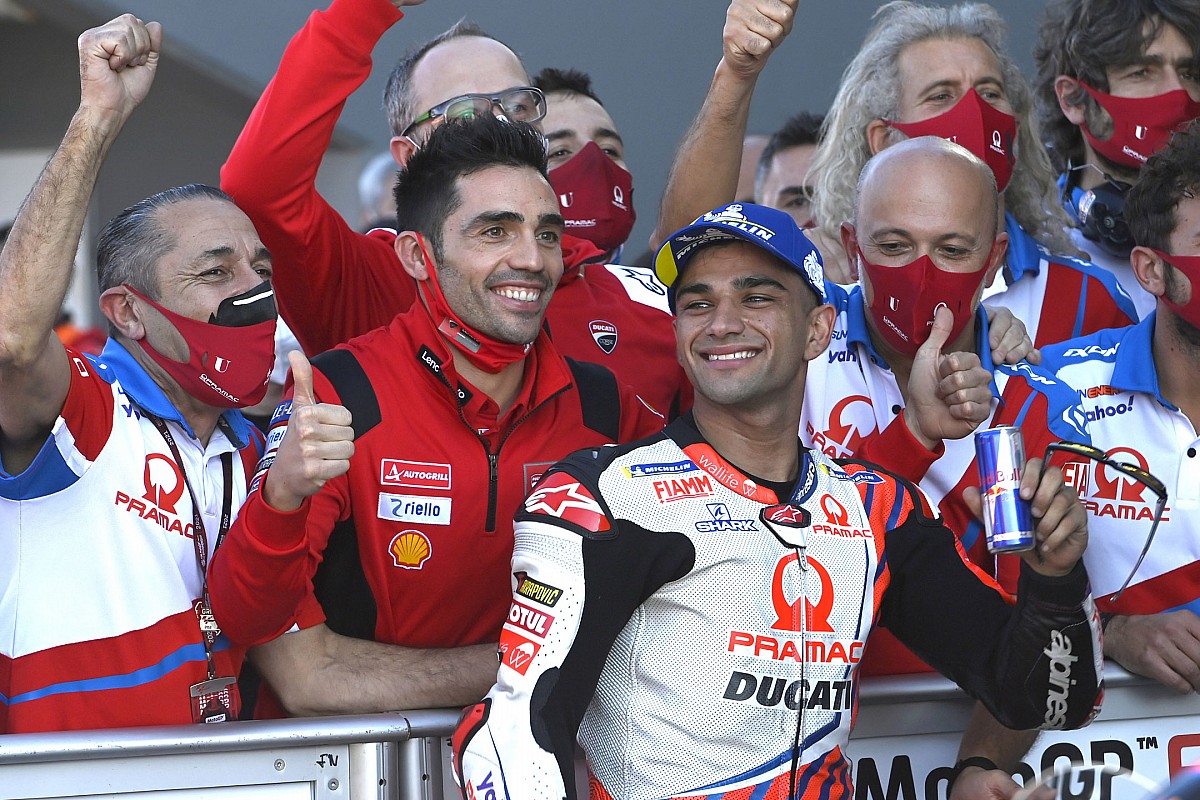 Despite having impressive statistics in his first season in the premier class, the 2018 Moto3 world champion won it very difficult. He suffered a terrible crash at the Portuguese MotoGP in mid-April which ruled him out of four races and affected his condition until the end of the season.

As a result of falling at the Algarve International Circuit, Portimao, Martin was forced to undergo three operations, one each on his left knee and right hand and foot. Specifically for the right hand and leg, the doctor placed a plate for the fractured bone.

The implantation of plates on his right hand and ankle in April made Martin uncomfortable on the Ducati Desmosedici GP21. However, he can now breathe a sigh of relief because the plate removal surgery at the Dexeus University Institute, Barcelona, ​​Spain, went smoothly.

“Everything went well. My hands can be moved as well as ankles. Right now I have to rest for a while and only return to the track if the doctor has given permission,” Martin said via social media.

After the operation, Jorge Martin had to rest a few days before returning to his activities. He is expected to come to Sepang, Malaysia, for the MotoGP pre-season tests which are scheduled to take place on February 5 and 6.

For Jorge Martin, the start of MotoGP 2022 will be key as the results of the first few races will be one of the determinants of whether or not he is eligible to join the factory Ducati team for MotoGP 2023.

Emil Emphasizes the Importance of Empowering Women and Children |nitoba.com

India vs. WHO: How many people have died in India due to pandemic?