The 2022 season will be a busy year for Aegerter. In addition to ensuring his participation again in World Supersport (WSSP) next season, the man from Switzerland is also participating in the MotoE event.

With a busy racing schedule, plus having to concentrate fully on defending the WSSP title, Aegerter is clearly faced with a challenge that is not easy. However, he said he was ready to fight.

“It will certainly be a grueling season with 20 races and an additional seven double-header at MotoE. But I can’t wait to get back on the bike and racing, even though I have to wait until May for MotoE.”

“I am delighted with the inclusion of Mugello and the Kymi Ring on the calendar. We will visit two new circuits, and the qualifying format will also change slightly.

“I was third once and now second in MotoE. So, the goal is clear to win the title. We also want to fight for the podium in every race. We will do the best.” 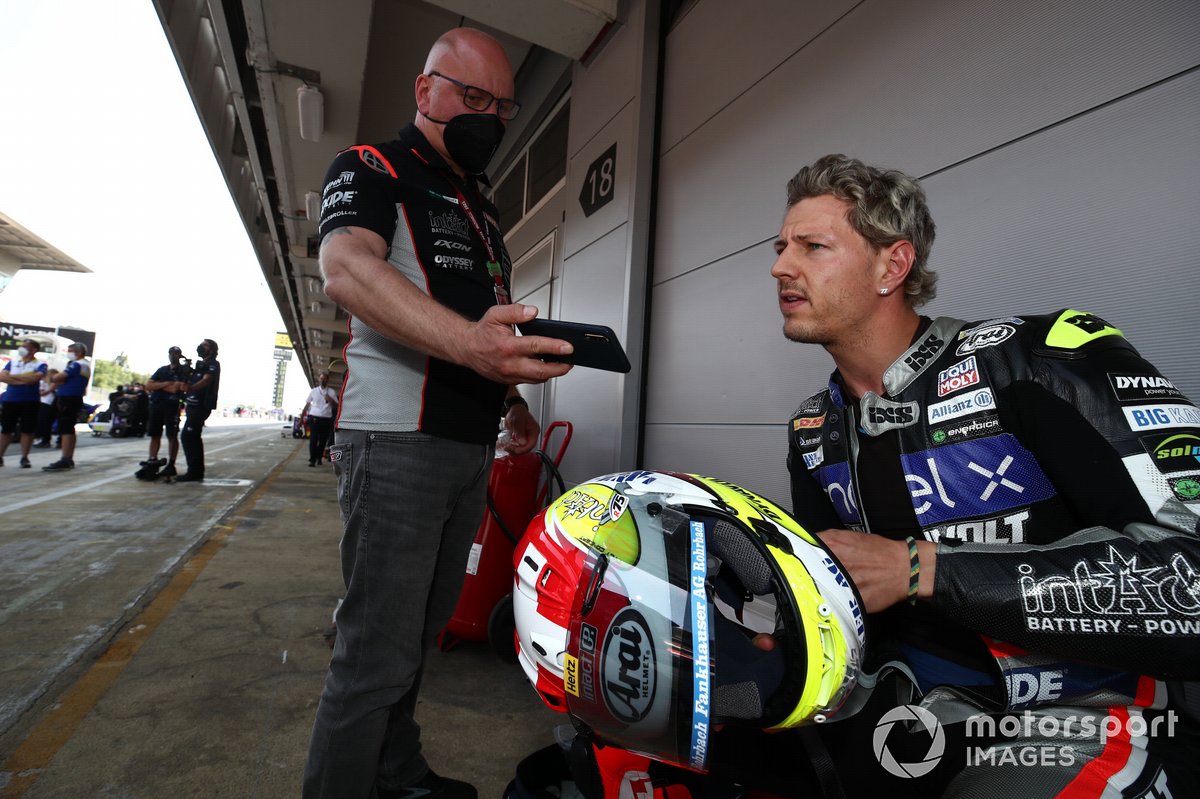 Ahead of the Christmas and New Year holidays, Aegerter said he would spend a few weeks in his home country.

“I will prepare myself mentally and physically before traveling to Spain in January or February, to train more intensively with Supermoto and Motocross,” he said.

“Hopefully the Corona pandemic situation will subside a bit. I look forward to the next season with confidence and can welcome all the fans on track again. Keep well!”

Aegerter made his first appearance in MotoE, also with Intact GP, in the 2020 season. Debut status rookie quite impressive. He packed four podiums, including two wins.

Entering 2021, Aegerter has emerged as a challenger for the title. Despite not picking a single victory, the driver forced the determination of the title until the final series at Misano.

Unfortunately, an incident with Jordi Torres – who came out as MotoE world champion – erased Aegerter’s hopes. The penalty saw him finish 12th, and he lost to his rival by just seven points.

“Dominique is definitely one of the strongest riders of the last two years and has almost won the title every time,” said Intact GP Team Manager Jurgen Lingg.

“The competition will be even stronger in 2022. The race will be fiercely contested again. But we will face these challenges and we will not leave no stone unturned to improve in all areas.

“Domi has the necessary pace and a lot of confidence with his success in recent years. It will be interesting!”