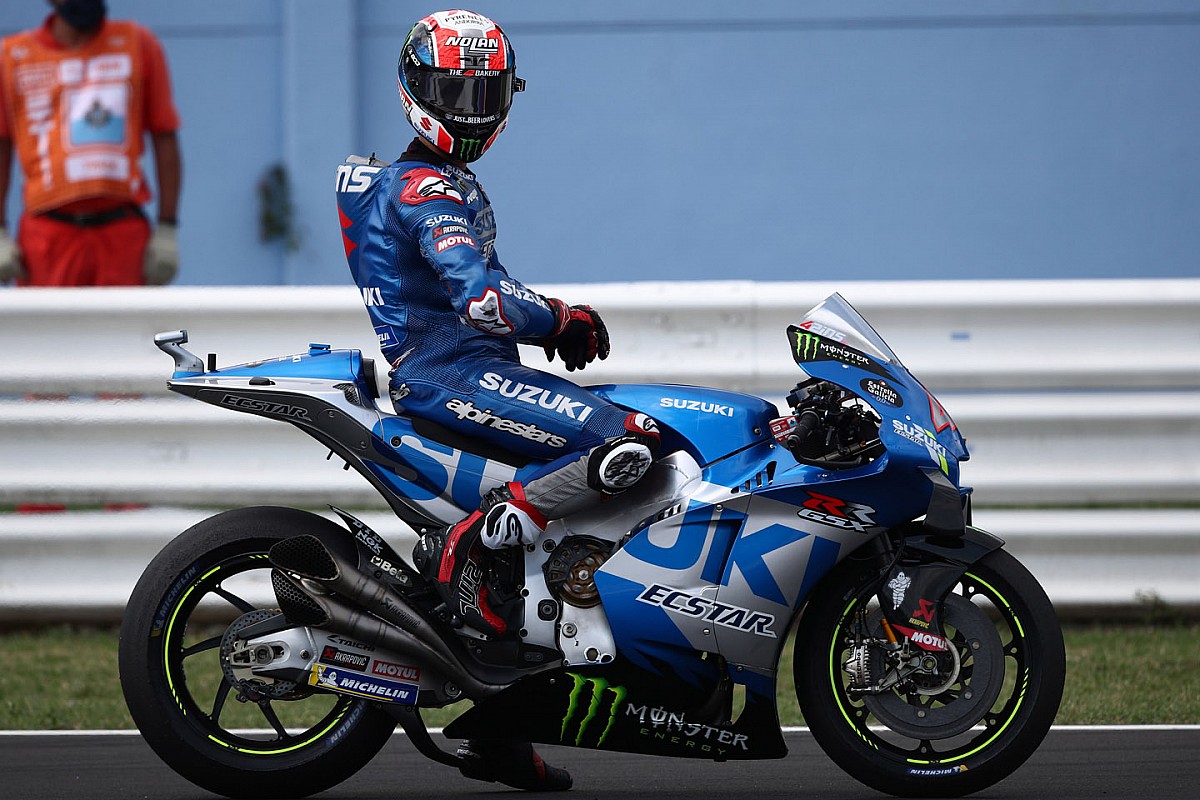 A few days before the end of 2021, Alex Rins evaluates what he has achieved in the MotoGP World Championship last season. In addition to the more frequent falls, the Spaniard also highlighted several things that must be improved.

The first half of MotoGP 2021 did make Alex Rins’ head spin. He started the season quite well by finishing sixth and fourth in two races at the Losail Circuit, Qatar.

However, after that Rins slumped by not getting points in five consecutive races of which four fell, before returning to “normal” racing in Barcelona, ​​Spain.

The third place in the 2020 MotoGP was also only able to climb the podium once this year by finishing P2 at the Silverstone Circuit, England.

Due to these bad results, Rins was only able to win a total of 99 points from 18 MotoGP 2021 races. He also had to settle for finishing in 13th place in the final standings. Compare that to his teammate, Joan Mir, who is still capable in P3 despite losing the MotoGP world title.

“It’s a bit strange to look back again this year because 2021 is going so fast even though it’s actually been a very long and difficult season. I’ll forget a few things, like the many falls and four consecutive misses,” said Rins.

“I always give everything in every race. But unfortunately I often fall. Not everything is bad because I learned a lot from those mistakes. I had to deal with the disappointment and pressure.”

The 26-year-old added that Suzuki worked as a team and he felt the great support from the team. Rins said his target in MotoGP 2022 is to be more consistent.

“Next year we have to use what we have learned and hope that by the end of the season it will all pay off,” said Rins.

Alex Rins added, “His motivation is always high and he will continue to train to the limit of strength. Last year he made big strides with additional training at home.

“But I’m also a bit tired after a few races in a row. In general, I was able to recover quickly and felt strong, even after a very tough race. I will continue to always appear all out and intensify training,” said Rins in Suzuki’s personal blog.

Since his promotion to MotoGP in 2017, Alex Rins has immediately defended the factory Suzuki Ecstar squad. Practically, he knows very well what the character of the Suzuki GSX-RR is because he is directly involved in its development.

“The 2021 Suzuki GSX-RR is already good but of course we have to keep improving. That is normal in MotoGP because you are always looking for more. I hope we can optimize the aerodynamics and the engine to be stronger in this area,” he said.

“We’ve been very serious about developing the chassis and that really helped us improve corner speed and maneuverability. However, the engine and aerodynamics are very important things that we have been forgetting a little bit lately.”