Mario Aji said he was very happy to be able to realize his dream and also his father’s to compete in the world championship.

The racer from Magetan, East Java, has made his Moto3 debut at the Emilia Romagna Grand Prix by using the quota wildcard.

Unfortunately, Mario Aji failed to fight in the front row and get points, but this is a good capital for him to understand how the world championship works.

“Mario may need to adapt faster to the rhythm of more experienced drivers,” said Mario Aji at a press conference attended by Motorsport.com Indonesia.

“So far I have also learned a lot about the world championships. Even though the results were not as expected, I gained valuable experience to prepare for next season.”

Looking as good as possible is indeed an obligation for Mario Suryo Aji so that he can last longer in the world championship, and can even be promoted to a higher class.

The reason is, his predecessor was only able to last for one season because his performance did not meet the team’s expectations.

Motorsport manager of PT Astra Honda Motor Rizky Christianto emphasized that his party did not have the authority to make a decision whether Mario Aji would stay or not.

“But as an illustration, if I have a team whether I will keep the drivers for one, two, three years or so on the picture is like this, the most important thing at the first time of course they have to be able to adapt.

“What I mean by adapting is having to catch up as quickly as possible with the competitors in the class in question.

“When they adapt, of course there is progress that must be achieved, which is a benchmark for us to make considerations, whether to be maintained or to be replaced in the future.

“A racer who has reached the international level like Mario and the others actually already has the ability to be able to adapt as quickly as possible to the conditions of the circuit and the new environment he is facing.

“With these provisions, our hope is a rider can give their best and will show improvement in order to survive in the class in question and even advance to the next class.” 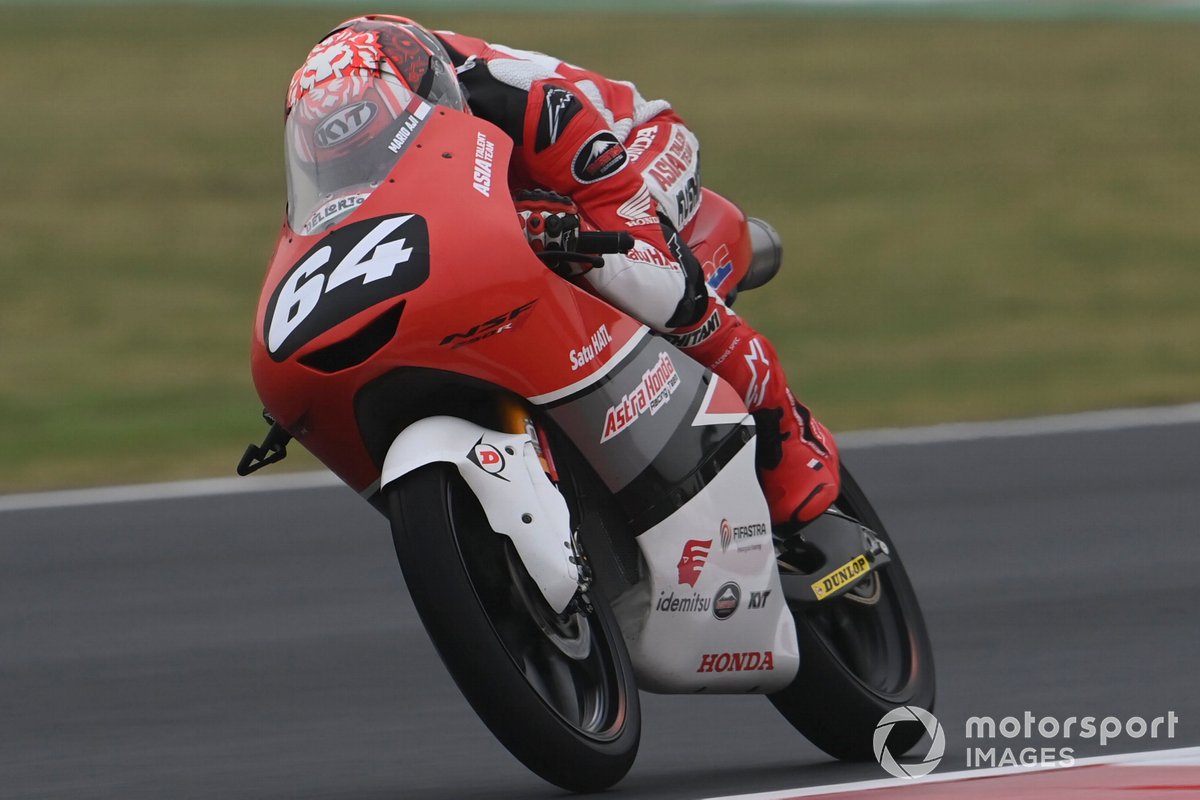 Being the center of attention, Mario Suryo Aji said that he already has a way to deal with the pressure of high expectations from the Indonesian people.

“I am very grateful to the entire Indonesian community and the media crew who have appreciated my struggle,” said Mario.

“But that doesn’t make me overly confident. I try to ignore it and don’t want to think about it too much, because it can distract me from racing.

“If I think too much about it, it will put a lot of pressure on me. So so far it hasn’t bothered me.”

Russia: Death penalty for arrested US citizens cannot be ruled out