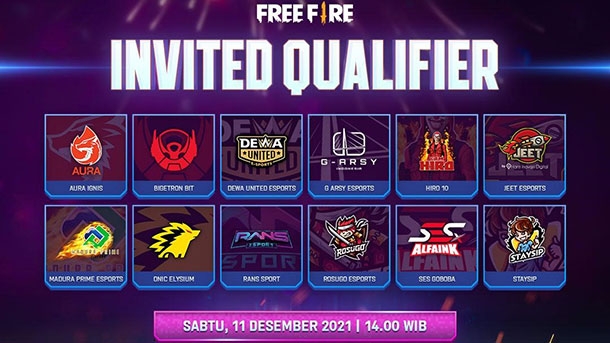 The twelve invited teams played 7 matches using the Bermuda, Purgatory, and Kalahari maps, 5 teams from the Invited Qualifier round will proceed to the Grand Finals of the Mabarkuy New Year Festival on January 1, meeting the teams from the qualifying rounds also managed to escape.

The five Invited Qualifier teams that made it through to the grand final were Jeet Esports, Dewa United Esports, Bigetron Bit, G-Arsy Esports, and Ses Goboba. 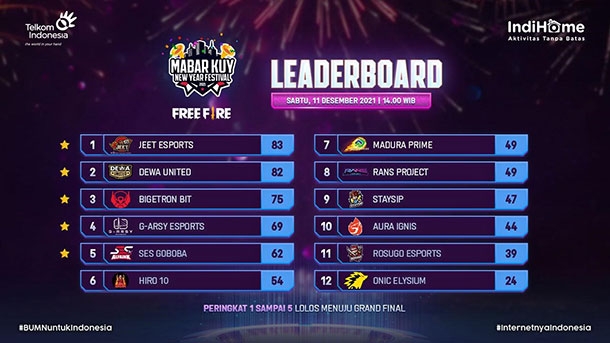 For those of you who want to participate in this tournament, of course you can directly register your best Free Fire team HERE.

Registration has been open since December 11, 2021, so for those of you Free Fire Esports fans who are eager to prove your ability to play Free Fire, you can register yourself and compete for a total prize of 10 million Rupiah. There are only 2,304 slots available for teams who will register, lucky and eligible teams will get slots in this Mabarkuy New Year Festival tournament.

There is no charge for participating in this tournament. This tournament can be an opportunity for them to meet again and show the abilities of every player in the Indonesian Free Fire scene.

To get updates about the Mabarkuy New Year Festival tournament, you can follow Instagram @ indihomegamer.id so as not to miss other interesting information.