Marc Marquez Gets Ready To Take The MotoGP Throne Again

The Repsol Honda racer has not yet finished healing his right arm injury and suffered a mild concussion and diplopia due to a fall during practice at dirt track.

The unfavorable conditions did not make The Baby Alien give up. He has even thought of a training program and a way to reclaim his throne.

According to his younger brother, Alex Marquez, the six season MotoGP world champion is most likely to be able to act in the pre-season test at the Sepang Circuit.

“Hopefully he can be in Sepang. We’ll have to wait to see how things develop. It would be great for everyone, especially for Honda, if he could come back as soon as possible,” he said in an interview with Mark.

The LCR Honda racer highlighted the nature of Marc Marquez who did not want to lose in everything. Not only on the track, this also sometimes happens in their daily lives.

“Quality-wise, he wants to be the best. But now it’s time for him to rest. He even thought about what to improve and how to be a champion again, “Alex Marquez continued.

“We always fight over everything like kids. We are also very close. But, all lose when riding a motorbike, play Play Station, in the gym…he couldn’t. If you beat him at something, then that can really upset him.” 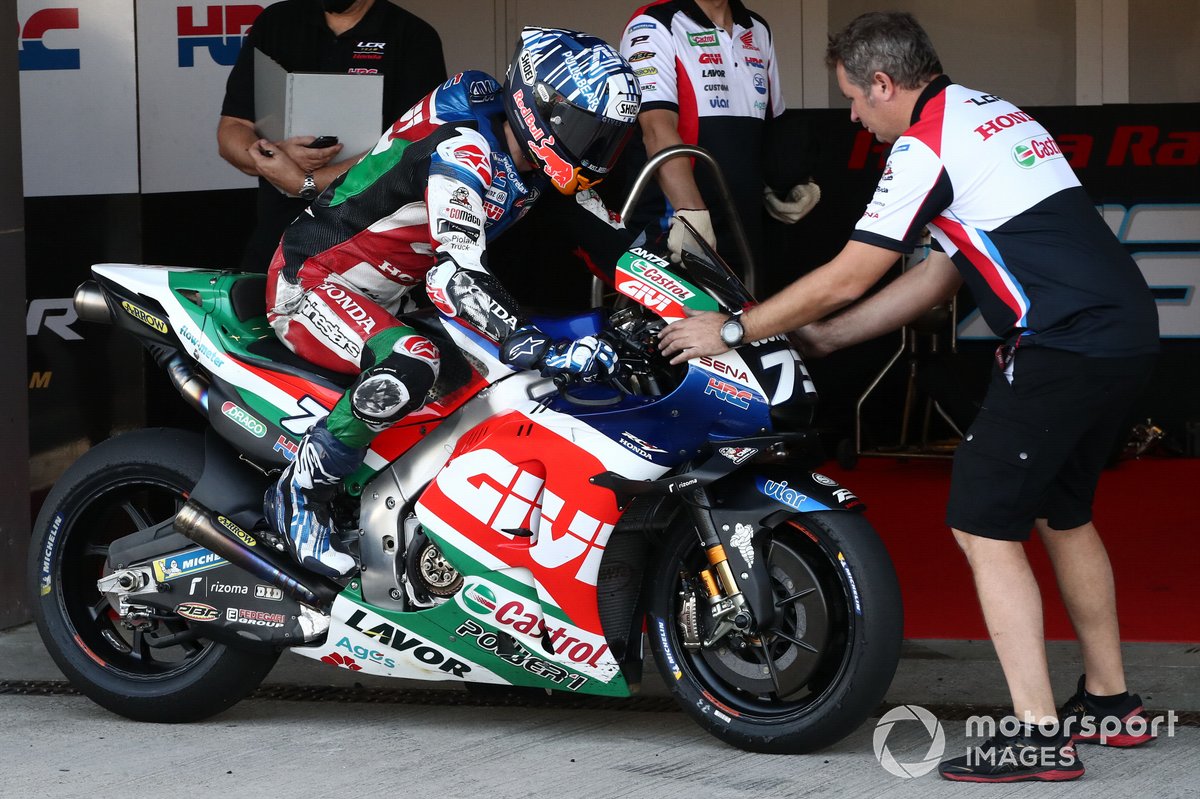 Alex Marquez’s achievements are not as brilliant as Marc’s. In his debut year in MotoGP 2020, the 26-year-old racer was able to be runner-up at the French and Aragon GPs.

Having moved to the satellite Honda team this season, finishing fourth in the Algarve MotoGP is his greatest achievement. There must be a sense of disappointment, but he looks at it from the positive side considering that he has not had much experience at the event.

“It’s been a tough year, tough, but a lot of lessons about good things that happened as well. You learn as much as possible when the difficult moment comes,” he said.

“I always put pressure on myself. It doesn’t matter where and who races for. Winning has always been my goal.

“We always had a problem with the tyre’s grip. Don’t forget that Honda has always worked with the same concept and now it’s all new. On the plus side, we got to know the bike and had a lot of fun.”

Alex Marquez’s contract expires at the end of next season. This means he has one year to prove his capacity as well as secure his position in MotoGP.

“This is a crucial season because everything is open, the range of options for many drivers and the future is very important, because as you said, many are out of contract in 2022,” he continued.

Chili and Chicken Eggs Create an Inflation Field of 0.44 Percent as of December 2021