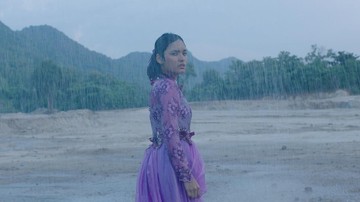 Director Kamila Andini doesn’t want his film to be made, June, compared with Spider-Man: No Way Home. Kamila admits that he is happy with the diversity that exists in the film industry, so there is no need for comparisons between films.

Kamila said this was responding to a number of assessments that said that his film was more worthy of watching than Spider-Man.

“Hi.. there’s nothing to compare… I like the diversity of cinema and it will always be like that,” said Kamila Andini in a tweet on social media, Tuesday (21/12).

The release of Spider-Man: No Way Home which is considered a film blockbuster and is one of the films that has a large mass base, making some cinemas choose to provide screens for that film over others.

“I also really appreciate all the support and criticism of this film.. Let’s celebrate all our viewing together in theaters,” he continued.

CNNIndonesia.com has asked Kamila Andini’s permission to quote this statement.

Yuni is the latest film from Kamila Andini which tells the story of a teenager named Yuni (Arawinda Kirana) and teenagers from a village in Serang, who are required to get married while still in school.

They were forced to marry for many reasons, ranging from preventing pregnancy out of wedlock which was considered a disgrace to the family, to economic factors.

One day, two unknown men come to propose to Yuni. However, he refused. As a result of this refusal, Yuni was hit by a myth that says that a woman will never marry if she has rejected a man’s proposal three times.

The film, which was the result of the collaboration of Fourcolours Films and Starvision, was also appointed to represent Indonesia at the 2022 Oscar awards. Yuni represented Indonesia for the Best International Feature Film category at the 94th Academy Awards or 2022 Oscars.

The Indonesian Oscar Selection Committee chose Yuni because she was deemed to have met the requirements set by the Academy Awards. What’s more, it won the Platform Prize award at the 2021 Toronto International Film Festival.

MotoGP: Johann Zarco must be more insistent on the Desmosedici GP