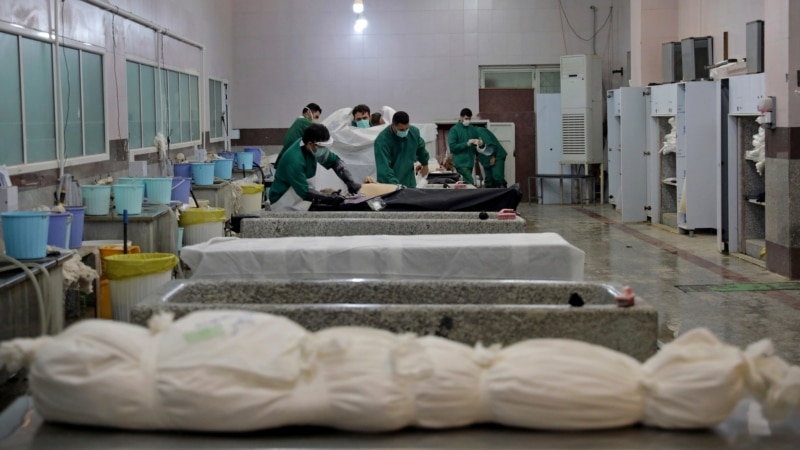 Iran’s top diplomat for Yemen died Tuesday after reportedly contracting the coronavirus, Iranian state TV said, just days after he was abruptly withdrawn from his mission in the war-torn country.

Iran’s state-run media said Ambassador Hassan Irloo had contracted the coronavirus in Yemen, where the conflict between Iran-backed Houthi rebels and a Saudi-led military coalition has raged for six years. Authorities said he was flown overseas for urgent medical treatment in Iran over the weekend.

However, The Wall Street Journal previously reported that Irloo was removed from office due to heightened tensions between Iran and the Houthis, who seized Yemen’s capital, Sanaa, and much of the country’s north in 2014.

In a bid to oust Iran-backed rebel groups on its southern border, Saudi Arabia intervened in the war months later and carried out a series of US-backed air strikes.

Iran’s foreign ministry denied that Irloo’s departure from Yemen was the result of tensions with the Houthis.

The Houthi spokesman and chief negotiator Mohammed Abdul-Salam offered his condolences Monday. He said earlier this week that the ambassador had left Sanaa on an Iraqi plane flight that was possible despite the Saudi air blockade.

Citing a number of unnamed Middle Eastern and Western officials, Wall Street Journal reported that Irloo’s influence had stirred resentment among rebels who appeared to be trying to stay away from Tehran. The officials told the paper that Irloo was not showing any serious symptoms of COVID-19.

Not much is publicly known about Irloo, but the US State Department under President Donald Trump once described him as a member of Iran’s powerful paramilitary Revolutionary Guard. Tehran appointed him as ambassador to the Houthi-controlled territory in the country in October last year. [ab/uh]

PHOTO: Bagnaia is not overtaken in the Italian MotoGP