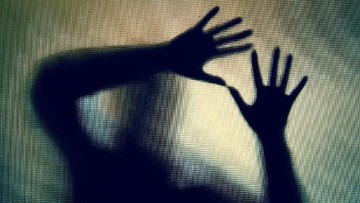 Previously, HS had been named a suspect and detained in a case of alleged rape of a nurse EA.

In this case, it is known that the suspect used the victim mode to need to be treated or dirukiyah because he was disturbed by spirits.

In carrying out the rukiyah, said Ferdy, the suspect bathed while reading prayers to the victim with the aim of getting rid of bad luck.

“In terms of the incident for the rukiyah, it was at home, but in the rukiyah process itself, there was actually an allegation of molestation because someone had touched a certain area, but for the forced obscenity it took place in the suspect’s car after rukiyah,” said Ferdy.

Furthermore, Ferdy said that the suspect’s motive for carrying out his depraved act was because his lust was aroused during the rukiyah process.

“So far the motive is because the suspect was aroused, because when he was dirukiyah he groped certain parts of the victim’s body,” said Ferdy.

It is known, this case went viral after the health care provider’s Twitter account made an upload about his nurse who was allegedly raped by a taxi driver online. In his upload, he also uploaded a screenshot of Gocar’s online taxi booking history.

Gojek immediately took steps by deactivating the account driver as a follow-up to this case. Gojek also strongly condemns sexual violence against one of their customers by unscrupulous partners driver.

Driver taksi online The initials HS was then successfully arrested by the ranks of the Polda Metro Jaya in the Jakarta area. However, because the location of the incident was in the city of Bogor, the case was transferred to the Bogor Police.

After being examined, HS was named a suspect and detained. In this case, the suspect is charged with Article 289 of the Criminal Code with a maximum penalty of nine years in prison.