0
SHARES
0
VIEWS
Share on FacebookShare on Twitter
Tencent has announced that it has acquired California-based Turtle Rock Studios, the developers of the Left 4 Dead and Back 4 Blood series. The press release notes that Turtle Rock will become a part of Tencent, although the studio will maintain its independent operations in Lake Forest, California, with the existing team continuing to “execute all studio operations.” 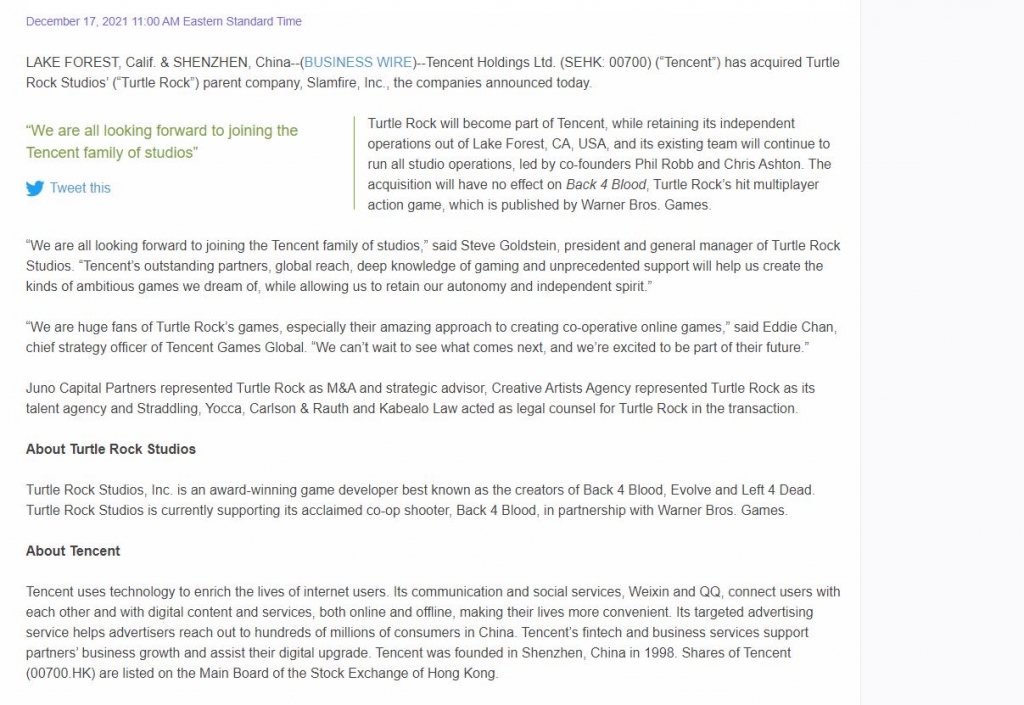 The press release also confirms that Turtle Rock co-founders Phil Robb and Chris Ashton will continue to lead the studio following the acquisition. In addition, a spokesperson reported to IGN in an email confirming that “Turtle Rock’s partnership with Warner Bros. to publish Back 4 Blood is unaffected” by the recent acquisition.

Founded in 2002, Turtle Rock Studios started out as an independent developer. But in 2008, shortly before the co-op zombie shooter game Left 4 Dead was released, the company was acquired by Valve and renamed Valve South. The studio split from Valve in 2010 and found itself back under the studio name Turtle Rock once again.
Source: IGN

News : After a long separation from Aerowolf, SaintDeLucaz Reportedly Becomes a Coach at RSG SG! | GameBox

There are Interesting Promos, Raffi and Nagita Wholesale at PRJ |nitoba.com