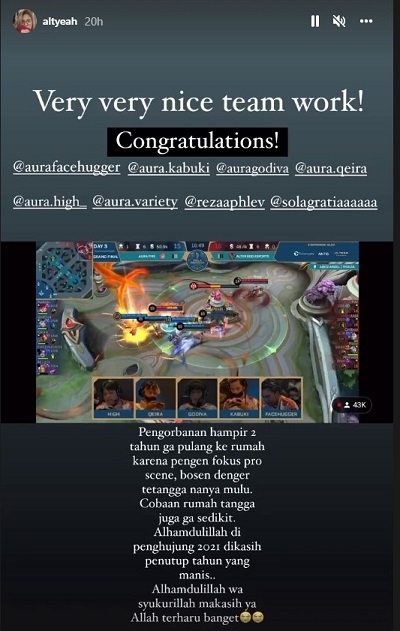 “The sacrifice for almost 2 years didn’t come home because I wanted to focus on the pro scene, I was tired of hearing neighbors asking questions. Household trials are also not small. Alhamdulillah, at the end of 2021, we have been given a sweet year ending. Thank God, thank God, thank you, God, I’m so touched.” Said the woman whose full name is Altir Tiar Pestani in her Instagram caption.