The Borgo Panigale manufacturer will be the sole supplier of the MotoE world championship for three years, between 2023 and 2026. They replace Energica.

Next season, Ducati has many projects, apart from establishing dominance in MotoGP and expanding to World Supersport (WSSP). However, they are already working on an electric motorcycle prototype for racing.

After seeing the condition of the motor produced by Energica, they promised a fast and light motor. The project is easier to carry out with the support of the Volkswagen Group, the parent company that is currently developing electric cars.

They have already made progress by fielding test rider, Michele Pirro, in an early prototype test session. The prototype will be revealed next week.

“At the moment, Pirro is at Misano with MotoE. It was the first time, we put an electric bike down on the track,” Ducati Motor Holding CEO Claudio Domenicali told GPOne.

Acceleration is done by forming a separate racing department that focuses on building electric motors.

“Within a few months, a prototype has been realized. The group is envious because it has full power,” said General Manager of Ducati Corse, Luigi ‘Gigi’ Dall’Igna.

Domenicali then commented on the success of the team that is identical to the red color throughout the 2021 MotoGP season.

They put five riders on the podium. Even ended the season, with a record three rider Ducati in the closing race, MotoGP Valencia.

“Gigi Dall’Igna arrived in 2013, in a state where we weren’t shining at all. All problems are not solved in 6 months, it takes a lot of hard work,” he said.

“This season, it’s been incredibly satisfying without the ‘if’ and without the ‘but’. It was a beautiful final of the season, with the first row and podium occupied by three Ducati riders. I have no regrets, we are on the right path.”

Ducati is enjoying a moment of glory. Thanks to slick achievements in MotoGP and other racing events, motorcycle sales continue to increase.

“Our employees are at 2,200 now. When I joined Ducati, 30 years ago, there were only 200 people. We are a company that aims to be a technology leader. This year alone, we recruited 100 engineers and technicians. We will do it next year,” said Domenicali.

“We are growing, from January to November, we sold 56,500 bikes. This new record was reached in 9 months instead of 12.” 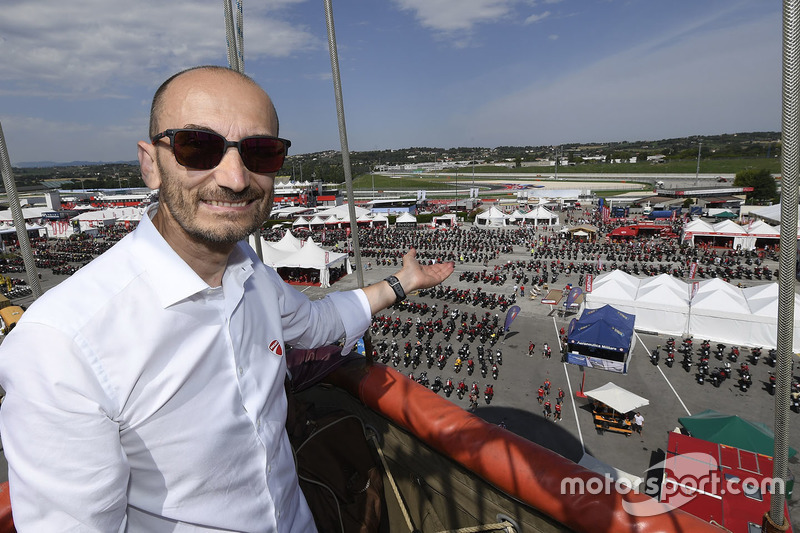