It’s been two seasons, the pride of Malaysia circuit has been deserted from the frenzy of premier-level motorcycle racing due to the corona virus.

In 2020, after carrying out the test, suddenly a pandemic spread rapidly throughout the world. MotoGP also decided to dwell on mainland Europe alone.

Last season, Sepang canceled a pre-season test due to a lockdown and was replaced by Qatar. They also withdrew to host the competition following Motegi, Buriram and Phillip Island.

It seems that the Malaysian government has given the green light next season despite the threat of a new variant of Covid-19, Omicron. They set signs related to holding official trial sessions.

For information, a test will be carried out shakedown MotoGP from 31 January to 2 February 2022, followed by the MotoGP IRTA test, on 5-6 February.

A few days ago, Dorna told us about the protocol during a trial session in Sepang. Only two-dose vaccine crews can access paddock.

They must also include a document stating that the PCR test result is negative, 2×24 hours before departure.

Information about arrival date and type, hotel and anything else to facilitate contact tracing, should be explained in detail. A copy of the uploaded passport and travel documents must be valid for up to six months after entry into Malaysia.

The country also added requirements related to health protection. Everyone involved, from team staff, racers to media workers, had to stay in hotels that belonged to the bubble.

There are two designated hotels, namely Hotel Sama-Sama and Movenpick, which are located near the Kuala Lumpur International Airport (KLIA). If there is a violation, the Malaysian authorities will not hesitate to impose sanctions.

The group that arrived at KLIA had to undergo another PCR test and undergo quarantine in a hotel room until the results came out. A negative PCR test that is valid for 48 hours, must also be presented before leaving Malaysia.

Everyone must download the MySejahtera application, which is Malaysian-style Care for Protection. Participants must undergo a scheduled PCR test during their stay there.

Anyone entering Malaysia, is prohibited from being in South Africa, Botswana, Eswatini, Lesotho, Mozambique, Namibia, Zimbabwe and Malawai within 14 days prior to arrival. Residents of the African continent also cannot come to the Neighboring States.

After completing a series of tests in Sepang, the elite class team and racers flew to Lombok. They will taste the Mandalika Circuit for the first time, 11-13 February.

Yes, Indonesia is also scheduled to host the pre-season test. On March 20, Fabio Quartararo and his friends stopped again to race. Tickets for the event will be on sale in the near future. 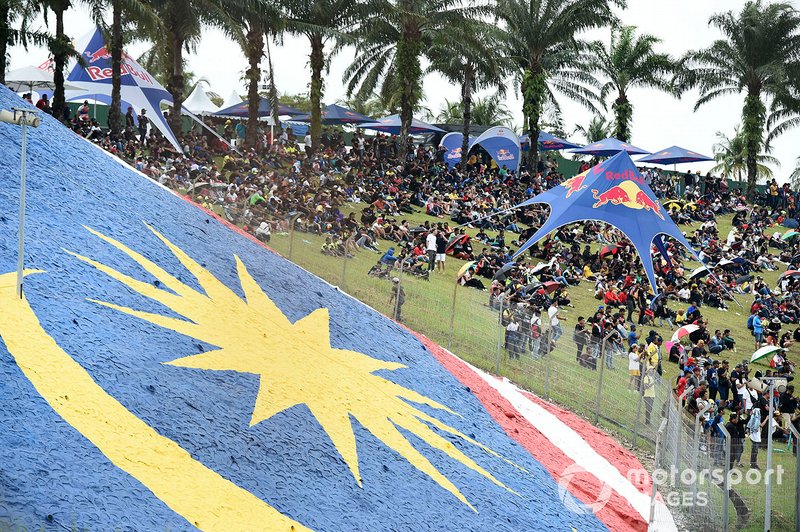 Say hello to the world VOA: Covid cases spike ahead of Christmas in the US