Up and down tub roller coaster, Aprilia was finally able to cheer after Aleix Espargaro finished third at Silverstone. It’s not a victory, but the podium that the racer achieved is certainly proof that progress is being made.

Since comeback to MotoGP in 2015, Noale’s factory was very difficult to find consistent performance. Ups and downs also occurred in the lineup of drivers, before establishing the Espargaro-Maverick Vinales duo.

This year is arguably a big improvement for Espargaro. Perched in eighth place in the standings, and only 22 points adrift of Marc Marquez who occupies seventh position.

His new teammate, Vinales, also recorded good results. Although there were problems with the transition from the Yamaha YZR-M1 to the Aprilia RS-GP, rider nicknamed Top Gun was showing a promising appearance.

Despite Aprilia’s good records, Bonora still underlined the importance for his squad to improve the bike’s weak points. The reason is, the level of competition in MotoGP is very demanding on teams.

“This season has been a great season for us. We got such good results. We’ve been aiming for the podium for years and this year we achieved great results at Silverstone. So, we are very happy as a team and the drivers are very happy with this.” Bikesportnews.

“We thank Espargaro, also Savadori and now Vinales, for the progress we have made and will make for next season. But for sure we have to improve.

“We have positive things on our bike, but we are still improving. We need to improve because fighting other competitors is very difficult in a competitive environment and championship like MotoGP.” 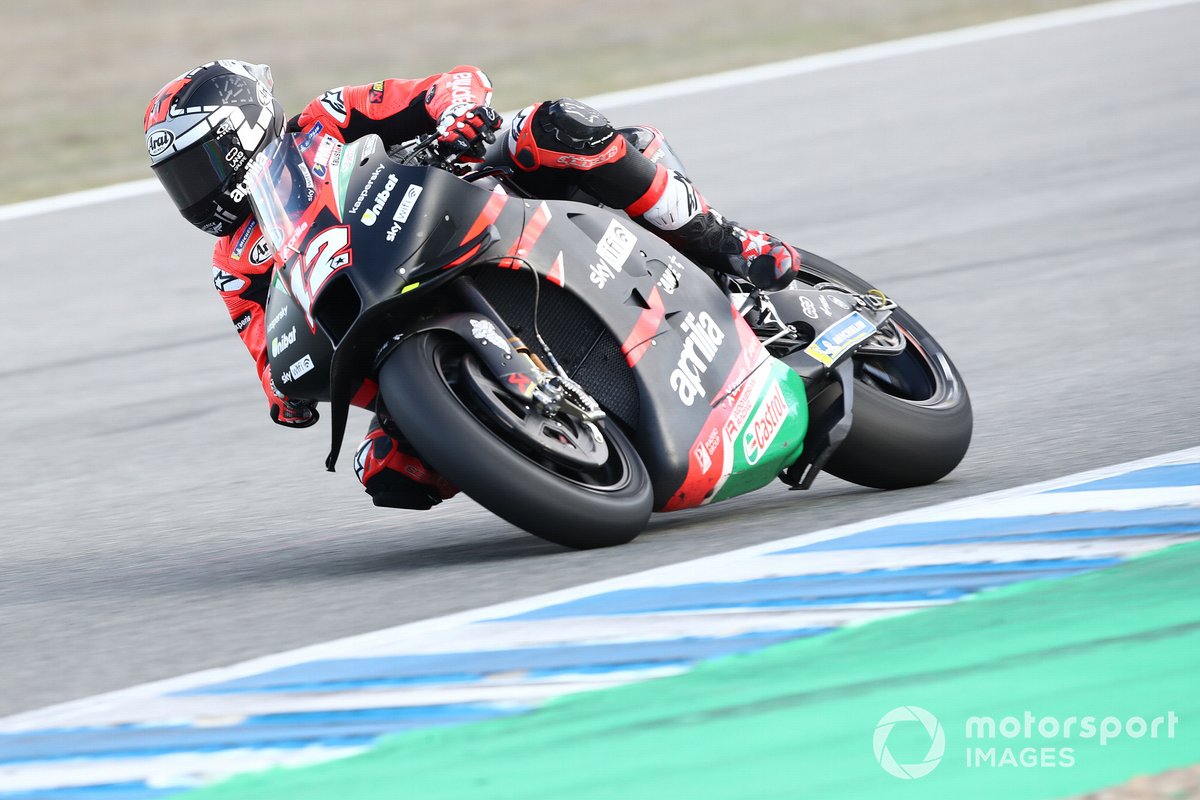 Bonora revealed, throughout the first half of 2021, Aprilia focused on improving performance. The confidence of the riders is also increasing step by step.

A third podium at Silverstone, followed by a fourth finish at Aragon, was Aprilia’s valuable asset to improve the bike. The team also promised to take other steps in building the confidence of the drivers.

“To be honest, I give it eight because we are still developing and we need to improve,” said Bonora evaluating Aprilia’s performance.

“I can’t give 10 because it means we have won the race. At the moment, we are still struggling to get into the top 10.

“When we are comfortable, we can be in the top five. But to win the race, we need to make progress.”

Furthermore, Bonora said, Espargaro will again be a reference in terms of developing the 2022 RS-GP. The mental situation of the driver is said to be in very good condition.

“With Maverick, we used this part of the season as a test, for us and him. We try to approach and simplify his riding style and look for the best way to achieve the best performance.”

“Because, as you can understand, coming from another bike which is very different compared to ours, it is necessary to follow step by step. And we do this race after race.”

VIDEO: The Moment Jokowi Meets with the Prime Minister and Emperor of Japan