0
SHARES
0
VIEWS
Share on FacebookShare on Twitter
A world-famous adult site, P*rnHub has just taken the console gamers by storm. The reason is, they share review statistics in 2021, where it appears that PlayStation users are the ones who access the site the most. When compared to 2020, website traffic for the PS platform in 2021 increased by around 17.6 percent. Overall, PlayStation generates 60% of website traffic from a platform perspective. While Xbox got 36.8%, PS Vita as much as 2.2%, and the rest Nintendo with 0.4%.

» GTA 6 Info Too Old? Here Are 7 Similar Games Worth Playing While Waiting For GTA 6!
»Resident Evil Village Becomes the Most Finished Game by Many Gamers in 2021!
» Get Sequel, The Legend of Heroes: Kuro no Kiseki II Crimson Sin Announced!
» Good at Playing Shooting? Here are the 7 Best PC Shooter Games in Indonesia 2021!
» Far Cry 6 Collaboration Bundle with Money Heist Now Available! 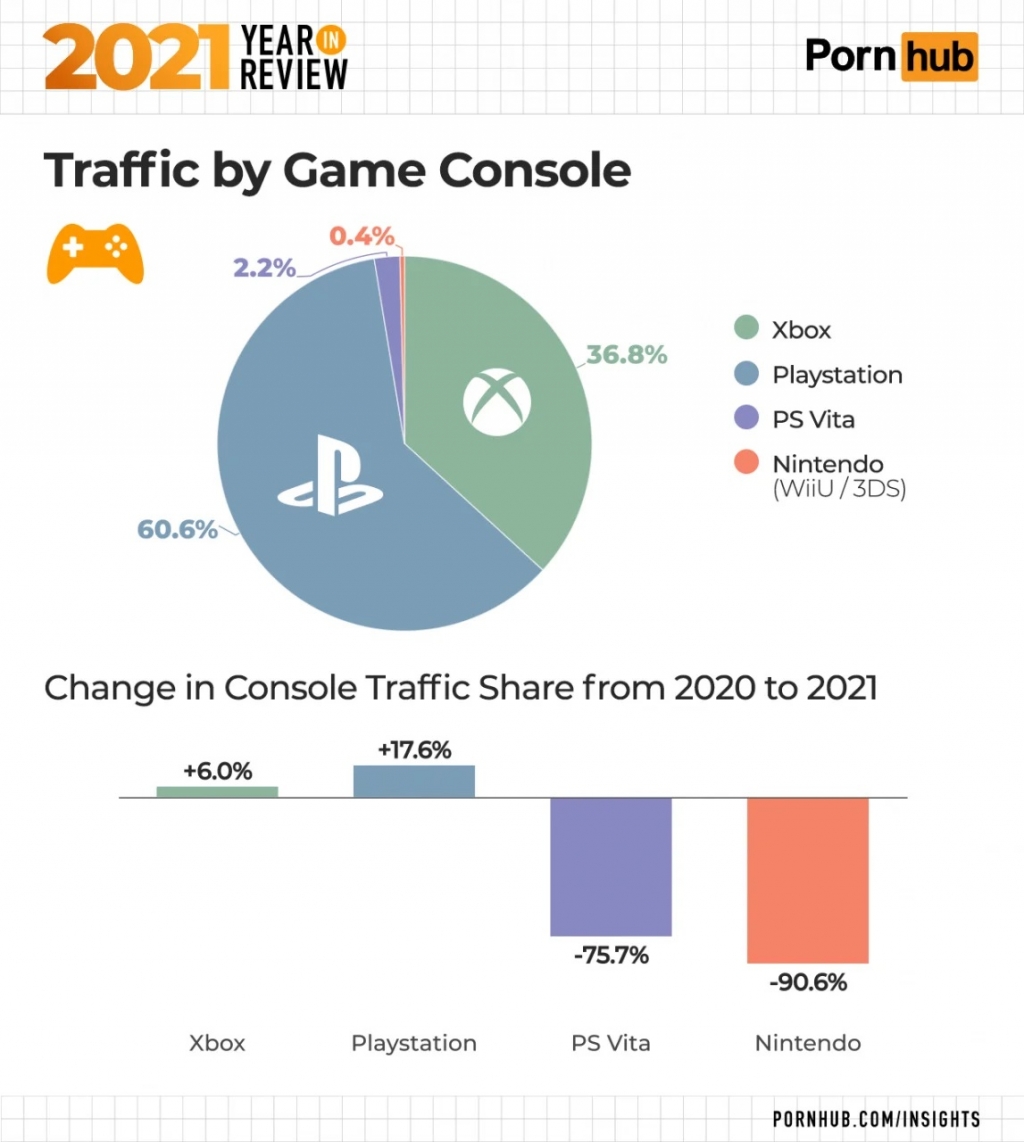 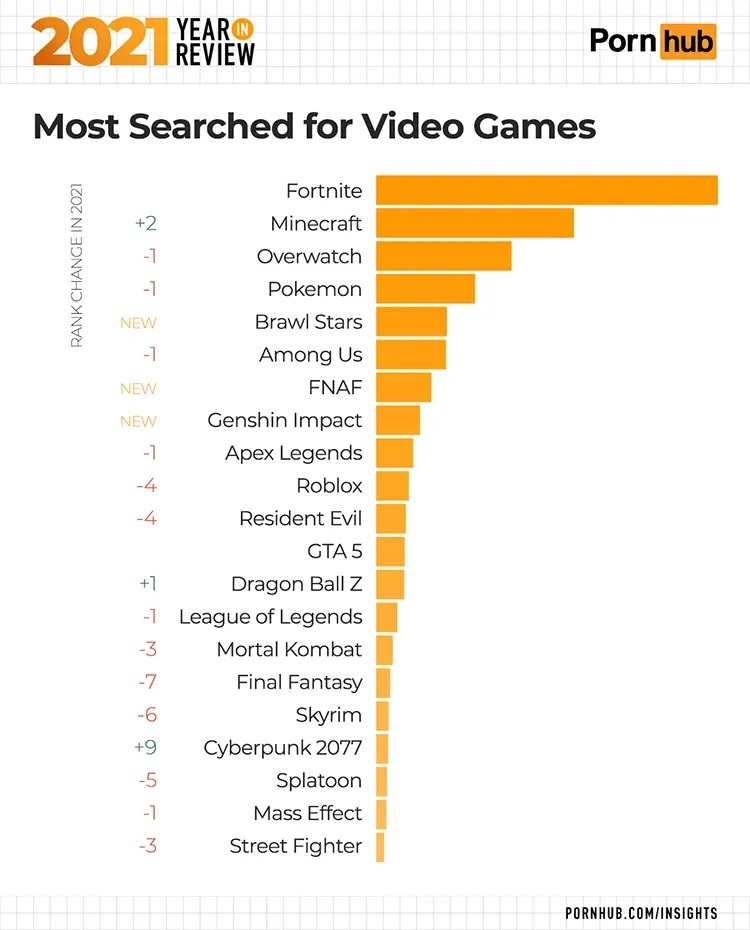 Reported from Push Square, not only game console traffic graphs, P*rnHub also shares other categories such as “Most Searched for Video Games” and “Most Searched Video Game Characters”. And yet again, Fortnite is at the top of the rankings for the “Most Searched Video Game” category. Then followed by Minecraft which is in second place. There are 3 new entries that include in the list of 10 games, namely Genshin Impact, Five Nights at Freddy’s, and Brawl Stars.

Also, for the “Most Searched Video Game Characters” category, it’s quite surprising that the fact is Lara Croft from Tomb Raider takes the top spot. Then followed by D.Va (Overwatch), Jill Valentine (Resident Evil), and Princess Peach (Super Mario). However, many netizens are wondering why Super Mario, Pikachu, and Bowser fall into the category.