0
SHARES
0
VIEWS
Share on FacebookShare on Twitter
Filled with controversy, some people don’t agree with Netflix’s decision to stop the Live Action Cowboy Bebop project. The negative response for the first season did not match the expectations of the team behind the project. In the end, it was decided that the Live Action Cowboy Bebop series would no longer have a continuation on December 9, 3 weeks after the series was released on Netflix.

But it seems that some of the fans of the Live Action are planning something to save the series. To be precise it was Ryan Proffer who recently made a petition on the site Change.org , where the petition is useful as a request to Netflix to continue Live Action Cowboy Bebop to Season 2. As of this writing, more than 18 thousand signatures have been collected.

In fact, some fans have not given up on seeing the continuation of a vision that is far different from the anime. Some even left positive comments about the first season and asked the team behind the series to continue the project. The fans thought that the team’s efforts were good enough and it was a shame to just stop it. 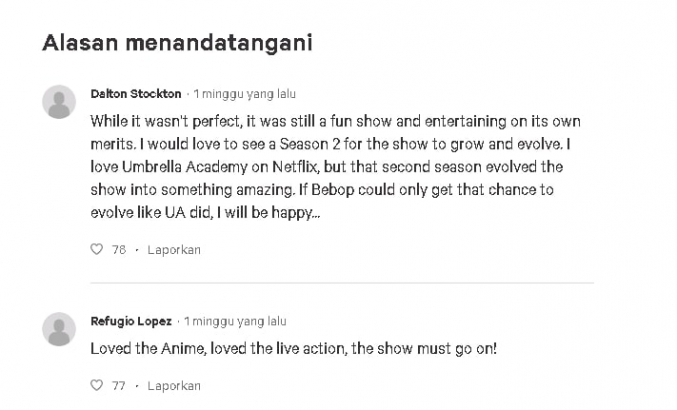 Will this petition come to fruition? Who knows. As we know, even millions of petitions and signatures are difficult to realize one thing. There have been many examples of petitions for the creation or continuation of a work by loyal fans, but in the end the petitions are just people’s voices that will never be ignored. 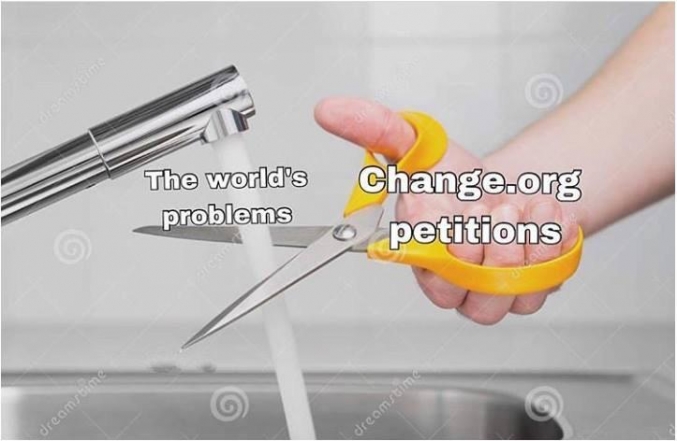 Until now, the decision to stop the Cowboy Bebop Live Action project is still unanimous and will not change in the near future. But no one knows what miracles will happen in the future.
Source: CBR

Iddah Time, Can I Leave the House? | Ihram

News : Running out of resin, a player recreates the Kimi no Nawa scene in Genshin Impact | GameBox