0
SHARES
0
VIEWS
Share on FacebookShare on Twitter
Through the first announcement of Season 2 alone, Anime Miss Kobayashi’s Dragon Maid has received mixed responses from the wibu community or anime connoisseurs. Not without reason, even though the anime is known to have female characters with big breasts, but the newest character in season 2, Ilulu is considered too excessive and against her small body anatomy.

Of course, this is also a big problem when the anime will be released on China’s anime streaming service, Bilibili. To avoid laws and articles such as displaying suggestive and sexual things either explicitly or indirectly, the Kobayashi Dragon Maid anime must also pass through massive censorship which is quite damaging to the viewing experience.

What’s the sensor like? The following is an example of the censorship carried out on several characters in the anime: 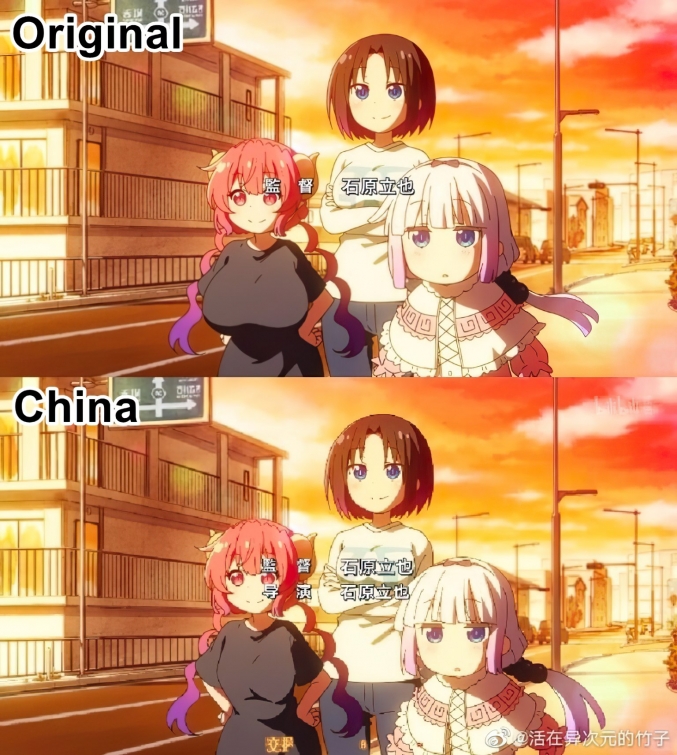 Apart from Ilulu, characters such as Lucoa and Tohru are also subject to censorship in the form of a reduction in chest size because they are considered as excessive and sexually content. Not only that, some parts of the opening visual of the Kobayashi Maid Dragon Season 2 anime were also censored to cover the chest of the anime character. The fans and the anime viewing community actually consider the censorship carried out on Ilulu as a good thing and improve the character, even though Ilulu’s character design has been made that way from the manga. But apart from Ilulu, it is the form of censorship of other characters that causes disappointment and anger from fans, because it is considered unnecessary or a waste of time.

How Much Supplemental Vitamin C Should Your Body Take? |Republikka Online

US warship sails through the Taiwan Strait